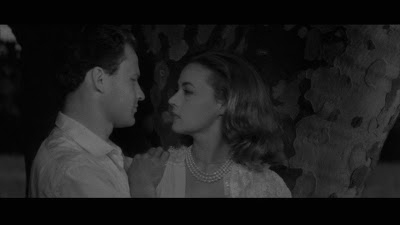 ﻿
Louis Malle's collaboration on two films in 1958 with French actress Jeanne Moreau yielded possibly the best films that he ever made. I'm a huge fan of his neo-noir masterpiece Elevator to the Gallows (1958) with its gripping tale of an adulteress requesting that her lover murder her husband, yielding a pinnacle of French Cinema, not only for Moreau's performance, but the film with it's pulsing Miles Davis score and throbbing suspense is easily one of the best of the 50's. Her other film with Malle in 1958, The Lovers is a once scandalous but now more introspective and reflective film about love, mostly the fleeting quality. It remains an acute observation of human malaise, disenchantment and the desire for the feeling of falling in love, rather than the desire for lasting love. 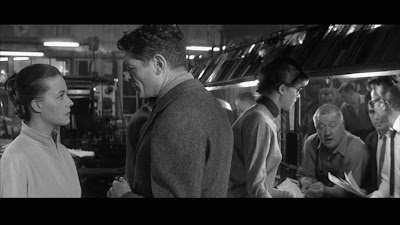 Malle's film plays in three parts. In the opening sequences, we see Moreau playing a character named Jeanne, relentlessly bored with her life. Wandering aimlessly from the hallways of her husband's factory, to the carousel carnival rides of her lover Raoul, a polo-player. She is happy with neither man in her life and the prospect of the long term relationship nor the extended love affair is what she wants. She's completely wrapped up in the boredom of her state. Moreau's screen presence, brimming with an understated brand of morose passion was perfect for playing a role like this. We know she's not happy with her husband. After all they are sleeping in separate rooms. Yet we know she's not excited by Raoul by the way that she just goes about her business with him. Life and love is ritualistic for Jeanne. Michaelangelo Antonioni went on to develop a whole cinema around themes such as these in films like L'Avventura (1960) and Red Desert (1964) working with Monica Vitti as his muse. Here as well though, Malle makes the boredom of the bourgeoisie fascinating to watch, even as unsympathetic as the characters are. 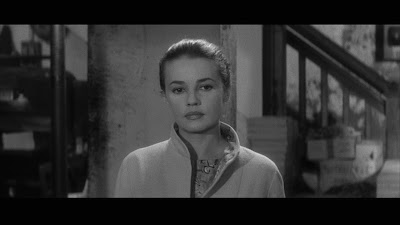 In the middle section of the film, Jeanne is driving to her dinner party when her car breaks down and she is lucky to be picked up by a younger guy named Bernard. She asks him to drive her home. We notice during this portion of the film that a more improvisational tone starts to creep in. Jeanne is less sure of what is to come and what this moment means for her. Bernard takes her on a side-trip as he must run an errand, making Jeanne wait at the car. Jeanne is flustered. Moreau lets us see how this character's life is beginning to attempt to "feel" again during these awkward moments with the stranger. Bernard is convinced to stay for the dinner party once returning Jeanne to her house. We sense that something will happen between Jeanne and Bernard that night. 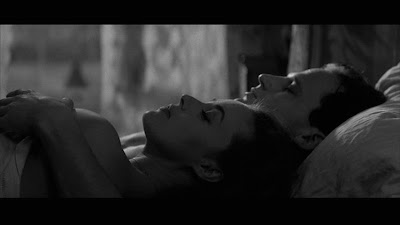 For the final portion of the film, Malle presents to us an impassioned night between Jeanne and Bernard as he spends the night in their house, right under the nose of Jeanne's husband. This is a very eerie sequence, shot under moonlight on the grounds of the large estate while Jeanne and Bernard make advances on each other among the grass and trees. It feels ghostly and ephemeral and neither of them seem to be real during these moments. Malle wants us to dispute the proposition of falling in love like this and to debate whether this is all a dream. It sure feels like a dream. We also finally see that this is what Jeanne has been yearning for: the moment of falling in love to escape from her boredom. During the morning after, we immediately feel the dread that Jeanne has for what's next. We sense that she cannot sustain what she has started. She and Bernard are clueless as to whether they have any future together and we see that it has all been a mistake. Malle presents this to us in the plainest of terms, cutting like a knife through any melodrama or nostalgia. Jeanne Moreau carries us through the whole film with class, beauty and her unique film presence. She is one of the finest of all actresses with an incredible list of films and this is one of her best performances. Malle's collaboration with her in this film makes it essential viewing.
Posted by Jon at 8:25 PM

Sounds a damn interesting film. I'll try and get hold of it.

Hey Shubhajit thanks for stopping by. I really like Jeanne Moreau and this one showcases her well in addition to Malle's early prowess. I was thinking of you the other day because I got The Naked Kiss and watched it. Needless to say I will be posting my own review when I figure out exactly what I want to say. There's alot going on in that one!

Thanks Johny. I sure would be interested to read your take on The Naked Kiss.