Few films brim with the kind of cinematic magic as Cocteau’s La Belle et la Bete. For it’s entire 93 minutes, Cocteau implores us to view the proceedings with childlike wonder and suspension of disbelief. His call to order in the prologue asks us to indeed suspend our disbelief, but even more than that, it’s a request to hearken to our recollection of fairy tales as children and to adopt that sense of respect for the significance of imagination. As children our first encounters with the concept of “falling in love” involve fairy tales, and stories of princesses and princes. These archetypal stories create a larger than life sense of grandeur and most often, unrealistic portrayals of true love. Still, our early lives can be shaped in this way. I’m often reminded of this when I watch films like The Little Mermaid or Disney’s Beauty and the Beast with my daughters. Cocteau asks us to adopt this sensitivity when watching his film. Therefore, Belle’s compassion is unquestioned and The Beast’s good heart shines through and we know things will work out in the end. This is no knock on the film. For although La Belle et la Bete is a fairy tale with some predictability, the elements are plenty dark and sinister enough to lend themselves well to the sense of imagination and surrealism that Cocteau brought to his cinema. Thus, the sense of childlike wonder we adopt while watching it is coupled with our adult awareness of sensuality, carnality, and ambiguity, giving the film just enough of a subversive angle to mess with our heads. 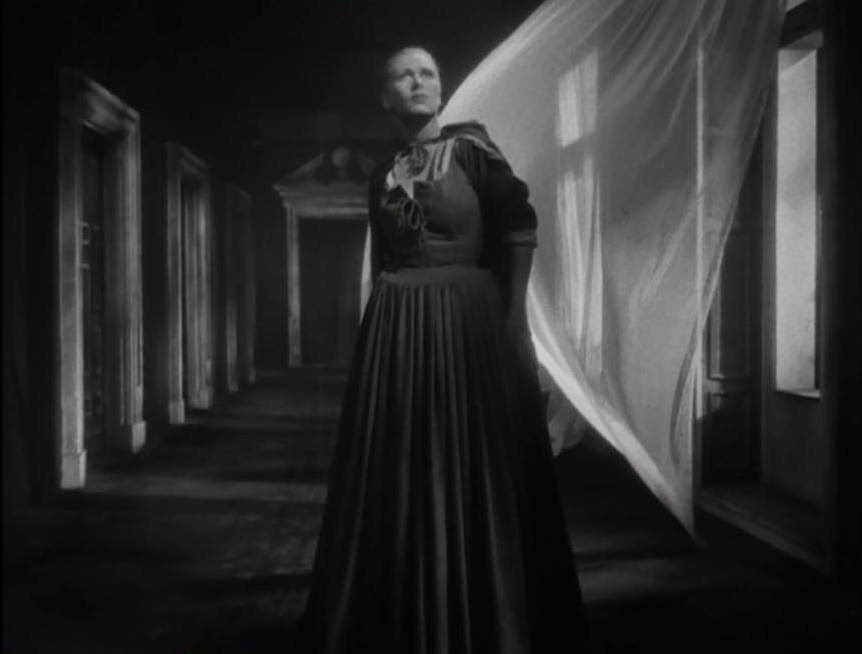 Belle lives with her father and two sisters, Adelaide and Felicie, along with her scheming brother Ludovic and friend Avenant (Jean Marais). Her father goes to settle some debts in a nearby town and on the way home that night, stumbles upon a strange and sinister castle. This is no ordinary place. Doors open and close on their own. Candles are held by movable arms in the hallway. A lone hand pours him a glass of wine at a table. Faces peer out from the mantle next to the fireplace. He spends the night there but upon attempting to leave the next day, comes face to face with The Beast (also Jean Marais), a talking, lion-like creature who stands upon his two feet. The Beast sentences him to death, but provides him an out. If he gets one of his daughters to come live with The Beast, the father's life will be spared. The daughter who accepts this challenge, is Belle. Played by Josette Day, Belle is a beautiful and slightly mature woman (Day was 32 at the time of filming) who is keenly aware of the differences between herself and her sisters. They are manipulative, catty, and superficial. Belle seems to have a piercing sense for honesty and truth. Thus, her commitment to proceed to the castle attends a noble kind of cause. She realizes she is called to this challenge. Upon entering the castle, there exists one of the most gorgeous moments ever to grace the screen. Against a black hallway and the outstretched candles, Belle runs with her flowing cape in glorious slow motion through the corridor and up a flight of stairs. Then she seems to float down a hallway where the curtains blow in her path. These ethereal and otherworldly transportations heighten our sense of magic and mystery. When she comes face to face with The Beast, it’s almost HE that is more afraid than SHE. He can’t handle her looking into his eyes and will only meet with her every evening at 7pm to ask her to be his wife. Soon, she begins to see the good in his heart and the struggle within his soul, and is drawn to him. 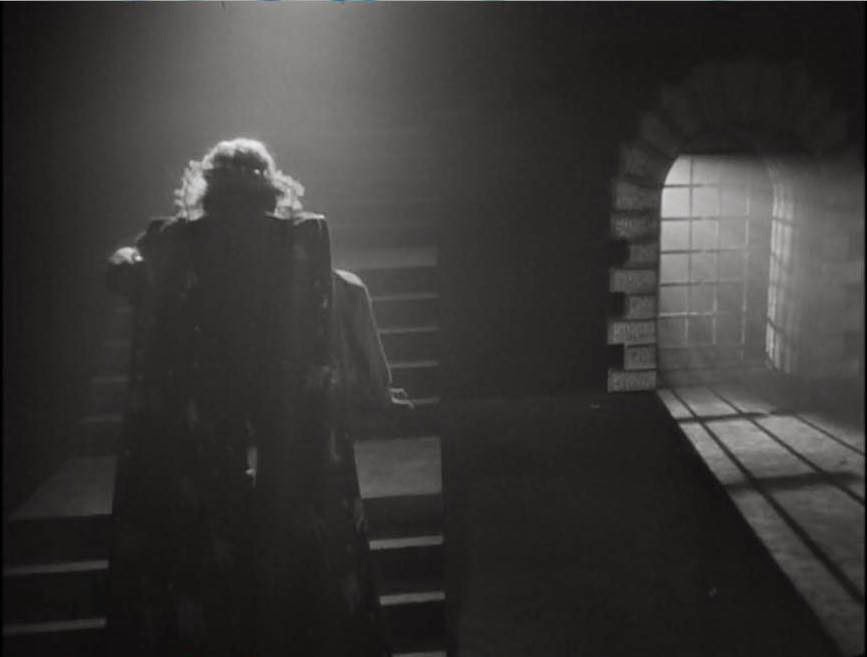 There are really interesting psychological moments in the film which give keys to Belle's and The Beast's state of mind. There’s this point where Belle is hiding in a corridor and The Beast comes to her door, his hands smoking after he has killed some animal from hunting. He stops at her door, perhaps because he wants to enter her chamber and ravish her. When he finds the room empty, there is a sense of frustration on his face and then he peers into the magic mirror only to find that she has spied his entrance into her room. His pride is hurt. She gains the upper hand. Later, after another time of killing and hunting, he comes to her door, smoke pouring from his body and blood streaking his clothes. Again, the implication is that he is ready to continue his “hunt” by entering her chambers. Yet she confronts him boldly at the doorway, saying that his behavior is beneath him, sending him coldly away. She will stand for nothing less than respect. He returns this respect to her when he allows Belle to return home to see her father if she promises to return. He tells her if she doesn’t return that he will die. Belle is given a magic glove for transportation and a golden key to the Beast’s magical riches. When Belle returns home she finds her father very ill. Her sisters become jealous and steal the key from Belle, and then they set Ludovic and Avenant into action to kill the beast. Belle is detained beyond the 7 days which the Beast granted her, and when she returns, find the Beast near death from his broken heart and spirit. At the close of the film, by miraculous magic (per fairy tale lore), Ludovic and Avenant are foiled, the Beast is turned into a prince, and Belle and the Prince fly off into the clouds. Cocteau uses lots of whimsical touches to infuse his film with the sense of the otherworldly. Many of the memorable touches involve rewound film during key moments, like when Belle uses the magic glove and appears in her house for the first time. Or there are quick editing effects, like when a tear falls from Belle’s face and her father catches a diamond in his hand. These creative illusions were one of Cocteau’s greatest strengths as a director. The magnificent camera-work by Henri Alekan is awash in shadow, deflected light, and flowing wardrobes. These effects upon the viewer often force us to confront the unknown….into shadows and down corridors where we aren’t sure what will happen. Jean Marais fares very well in the Beast costume. I’m often surprised at how much feeling he is able to convey through his eyes. Day is the perfect fairy tale heroine, both strong and feminine in her determinations. At the close of the film, Cocteau infuses a sensible subversion into our adult heads. The Beast is turned into the handsome prince, and right away Belle isn’t quite sure she likes the idea. She isn’t ready to trust him just yet and he looks like someone she knew once. She is disappointed and even acknowledges it before succumbing to tradition and flying away with the prince, which makes us wonder whether she would have been even happier with The Beast as he was! I’m always intrigued by the fact that she was ready to “commit herself” in love to the Beast. What that looks like in actuality isn’t so important as the sentiment behind it. That she looked beneath the surface and found his heart is the true act of love. She didn’t need the human likeness in him to achieve this epiphany.