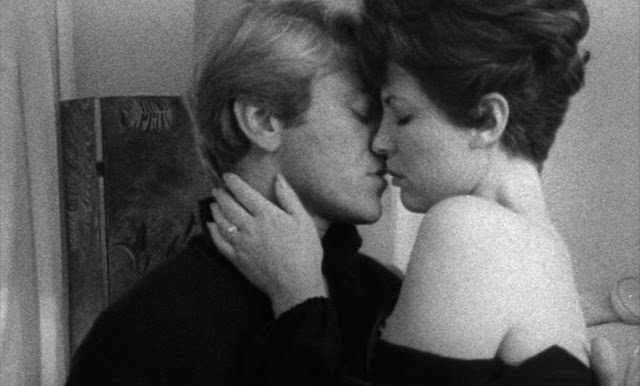 In my newfound appreciation (or tolerance) of Cassavetes, I have begun to understand something. Arduousness can itself be something which allows material to develop, elevate, and enlighten a particular theme or emotion. Here we have again another example of Cassavetes drawing out impact through sheer, sustained discomfort for the viewer. For me, this film is not something enjoyable to sit through, but rather a test of wills for me that is then rewarded in the end by a heightened state of emotional response. Through bludgeoningly tiresome dialogue and lengthy scenes, Cassavetes seemingly alienates his audience in the first half. Those that remain through the end of the film, though, are rewarded with one of the great hours of American independent cinema. 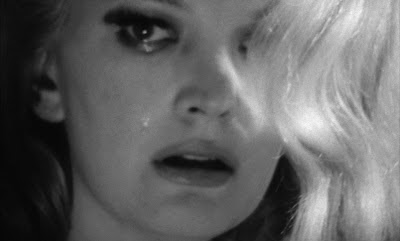 Plot here is not so important. Faces regards a middle-aged married couple, Richard (John Marley), and Maria (Lynn Carlin). They have drifted apart and this film basically picks up at the point in which Richard asks her for a divorce. In fact, once he makes his request, she can do nothing but laugh. Perhaps she’s so shocked and relieved that she finds it funny. Both Richard and Maria will end their night in the arms of someone else and this film examines the pit into which the modern marriage has disintegrated into. Malaise, unhappiness, frustration, loss of purpose……it’s all here in achingly painful and tedious detail. 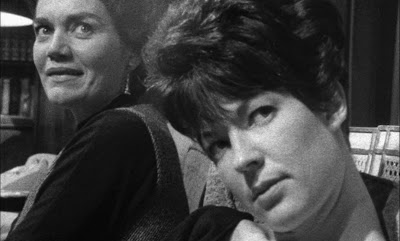 I’ll admit, the first hour is nearly impossible to watch. I found it disorienting, sloppy, annoying in the worst way. I was not prepared, though, for how well everything would come together in the second half. Of particular note, is the lengthy scene when Maria and her girlfriends go to the club, and bring home a gigolo (Seymour Cassel) and concluding with the morning after sequence. Each woman is married and all are flirting in their own way with him. It’s apparent though, only one woman has real intent to have sex with him…..Maria. Her eyes tell the whole story. This sequence, of the women making fools of themselves, of the painfully humiliating discussions and opinions, of the girlfriends one by one exiting the house, leaving Maria and the man alone is absolute brilliance and Cassavetes at his very best. Of course, the morning after includes a further extending of the pain and desperation on display. It’s simply astounding filmmaking and raw emotion at its most heightened. This final hour of the film took my breath away. 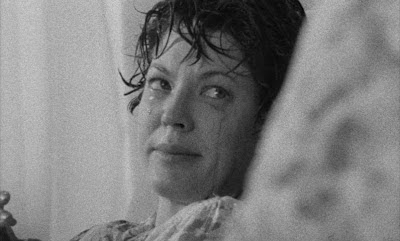 Faces is filled with tremendous performances from many involved. John Marley, Lynn Carlin, Gena Rowlands, and Cassell all come off great here. But it's Carlin who takes the prize as the best performance in the film. She breaks my heart and is achingly honest. Cinematography, in 16mm, by Al Ruban, Maurice McEndree and Haskell Wexler is remarkable for its ability to exude harshness and beauty at the same time. If I have any complaint toward the film, its that the length and uneven quality of the film tends to create too much emphasis on the second half. And yet, I’m not really sure that this is a fair complaint. I wonder if the despair of the second half would be as impactful without the drawn out male-female interactions of the first half that seem to go nowhere. It's as if the tension building from the beginning sees it's release by the end. I can't help but think that Cassavetes knew his pacing was difficult to watch, but the only way to get his points across. Yes it’s arduous to sit through, but Faces is incredibly potent.
Posted by Jon at 7:00 PM

I think you've done a great job here Jon in explaining the divided feelings while watching FACES, or really any other Cassevetes film. Ultimately you do come to the conclusion that it's very important, and it sure is potent, but only after some tortuous stretches that are simultaneously striking and alienating. But this has always been the deceit of the director, who in end was hugely influential with so many other independent filmmakers. I agree that Carlin is unforgettable, and issue strong praise for Marley, Rowlands and Cassell. The key word for this filmmaking is 'raw' which of course you asserted here in this truly exceptional review, Jon!

Thanks Sam. I think you and I are probably in the same bucket. Appreciating the films but understanding some reservations about them. I think this one is my favorite Cassavetes so far, although "favorite" might not be the right word for it. Ha!