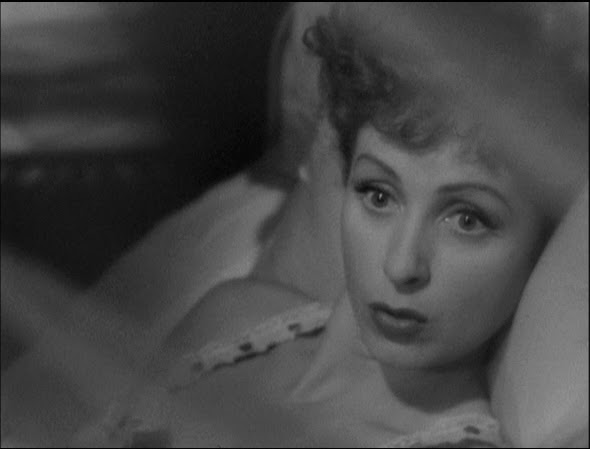 Oh what a glorious confection this film is! La Ronde is Ophuls at his most slyly comedic and sarcastic, and it’s one of his greatest cinematic successes. Following his somewhat unpopular foray into Hollywood filmmaking (though he made some absolute gems during that period like Letter From an Unknown Woman (1948), Caught (1949), and The Reckless Moment (1949)), he returned to to make a succession of films in the 1950’s prior to his death in 1957. La Ronde was his first film released in  and it’s a clever examination of sexual mores and the fickleness of love. It’s also a film that seems to find parallels later in Bergman’s Smiles of a Summer Night (1955) and also the works of Woody Allen. 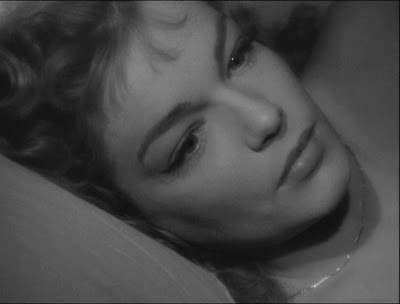 Ophuls’s film is a revolving carousel, literally, of love connections. We first meet a soldier who has sex with a prostitute. This soldier is also in a relationship with a young woman, and this woman is having an affair with a teacher, and this teacher is having an affair with a married woman, whose husband is cheating on her etc. etc. and round we go all the way back to the beginning of the circle when someone else sleeps with the same prostitute who started off the lovemaking. This circular nature to the story is amplified by the recurring image of a carousel, but also to the fact that it’s emblematic of the turning of the globe and to the notion that it’s love that makes the world go round. 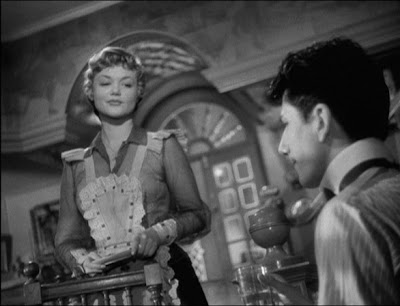 ﻿
As the godlike figure hovering over the proceedings, Anton Walbrook plays a ringmaster of sorts, overseeing the love trysts and guiding us, the audience, from one couple to the next in this story. His presence also amplifies a concerted effort to display the presence of the director, standing in for Ophuls. Not only do we see a camera crane and a boom mike, but there is one hilarious instance where the story cuts to Walbrook holding some 35 mm film and a scissors. These little flourishes add a self-aware tone to the trifles on display. Ophuls knows he’s showing us some rather tawdry sex, and lots of it, and wants us to know he’s in on it. To this end, the film is remarkably light and maintains a beautifully witty and graceful tone, far lighter than the films to come from him, especially The Earrings of Madame de… that is stern in comparison. Ophuls is well known for his camera work and dolly shots. But this film, to these eyes, is not nearly as ornate and camera-centric as his later films, particularly The Earrings of Madame de…. (1953) and Lola Montes (1955). Here the camera movements are a bit more subtle, allowing the acting to come even further to the foreground. 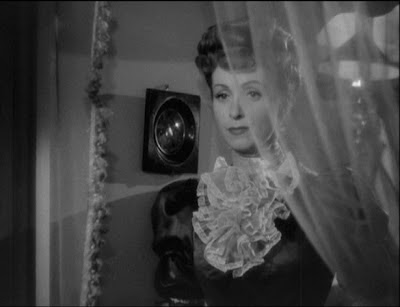 ﻿
And what an acting ensemble here, almost a who’s who of French stars, especially the actresses who really shine. Of particular note are Simone Signoret, Simone Simon, and the ravishing Danielle Darrieux as the bored housewife cheating on her husband. My my my……Ophuls’ camera surely loves Darrieux’s face. Observe the scene where she is lying in bed with her lover and her face is framed on top and bottom by gauzy curtains. Simply a stunning moment. Darrieux would go on to star in Ophuls’ next two films and it’s easy to see why he stayed with her. Remarkably, Darrieux at the age of 94 is still involved in fairly regular roles in film and TV. She has an 8 decade run as an actress and is one of ’s great acting treasures. La Ronde is a remarkable entertainment. Sly, sexy, and full of intelligence, it’s a great film from a great filmmaker.
Posted by Jon at 7:00 PM

You reminded me of checking it out,this is the only Ophuls in 4 of his films included in Criterion I have't seen yet.His camerawork is the best ever,since he is one of the idols of my idol(Kubrick),I should find all his films and watch them.

Jon, a wonderful post on a great film, a cinema masterpiece. "Madame de" may be Ophuls's greatest film, but for me "La Ronde" is his most likable. I like the way you describe how his elaborately choreographed tracking shots here become more circular and the way that echoes the theme of the film. I also very much like the way you describe Anton Walbrook's part in the plot--a ringmaster/puppeteer/chorus. Ophuls did something similar with Peter Ustinov in his later "Lola Montes." But there's nobody like the wonderful Anton Walbrook, achieving a trifecta with "The Red Shoes," "The Queen of Spades," and "La Ronde."

Yeah David, you would like this one I think. It's quite a gem!

@R.D.- Yes Walbrook is so good here as he is almost everytime. And you're right about this ringmaster theme coming back in Lola Montes. Similar type role to Ustinov. As for Madame de...., you might want to stay tuned next week! ;) But, I do love this film it's just so charming. I could watch it again right now.

"Ophuls’s film is a revolving carousel, literally, of love connections."

Poetic framing of one of the great masterworks of the cinema, Jon, a film that rates among Ophuls' supreme achievements with MADAME DE, LOLA MONTES and LETTER FROM AN UNKNOWN WOMAN. It's a dazzling film about physical love, linked as you note by Anton Wolbrook as the cynical figure of destiny who presides over a roundabout of love and introduces the 'amours' of the entire rung of Vienese society in full cycle mose. A near-perfect film - amoral, witty, elegant and sophisticated. It should also be noted that Oscar Strauss' unforgettable waltz became one of the most famous theme tunes of post-war cinema. Your delineation of the film's tone and of Walbrook's role are beautifully rendered.

Outstanding work on a cinematic treasure.

Thanks Sam for your thoughts and especially the note about the waltz, which is something I was not aware of. Yeah and Walbrook is great fun here in a very sly role. I think I rank Madame De....at the top and La Ronde just under it, but Ophuls made several that could be considered his best.

A fine review of a great film, Jon. I saw this many years ago when it got a rare TV showing in the UK and have always remembered its atmosphere - Gerard Philippe made a strong impression on me as well as Anton Walbrook. I've been meaning to revisit 'La Ronde' since seeing a great earlier Ophuls adaptation of an Arthur Schnitzler play, 'Liebelei' (1933) - I read some Schnitzler in German lessons at school and loved his style. Anyway must now make sure to see this one again very soon.

I see from the imdb that there are two new releases coming out this year loosely based on 'La Ronde', '30 Beats' and '360' - not sure if they will have much in common with Ophuls beyond the circle of relationships, though!

Hi Judy, thanks for your comments! Yeah I really need to see Liebelei, and have been meaning to try to track that down. I've seen a bunch of Ophuls this year, around 8 or 9 films and have really been in love with his stuff and want to find more. It's easy to see how something like La Ronde could be re-made or re-imagined. Hard to believe it would retain any of the sarcastic, charming wit of this one though. Thanks!