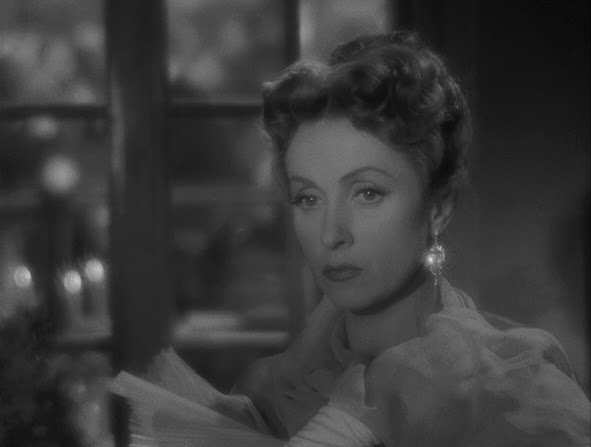 ﻿
There have been several films that I can think of that seem to follow an inanimate object (or animal) as it is transferred ownership to different people, with the meaning or importance of said object changing depending on the situation and the person involved. Anthony Mann’s ’73 (1950) follows a rifle across several owners. Tales of (1942) is a fascinating film involving several stories following a formal tailcoat. There’s also The Red Violin (1998). Even Au Hasard Balthazar (1966) and War Horse (2011) do something similar. Max Ophuls’ magnificent melodrama The Earrings of Madame de… seems to follow a similar pattern on the surface, as a pair of expensive earrings transfer owner several times. Ophuls’ film, though, seems to somehow transcend this plot device.  It’s not really about following the earrings. In fact it is more about the motivations behind the giving and receiving of them. Considering the monetary value of the earrings, no single person seems to give them a second thought until the earrings come full circle back to the original owner, as they are finally received as a gift of true love, becoming a glimmering example of both a failed marriage and an adulterous affair. 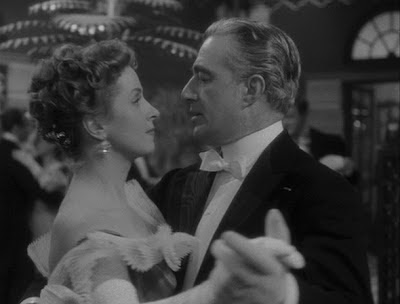 ﻿
Max Ophuls wrote his screenplay along with Marcel Archard and Annette Wademant, based on the novel by Louise de Vilmorin. Their story concerns Louise (Danielle Darrieux) whom we meet at the beginning of the film as she is pawning her expensive earrings that her husband Andre (Charles Boyer) had bought for her, so she has money to pay off some debts. She feigns having lost the earrings, causing her husband to search for them. When a reward for the earrings appears in the newspaper, the pawnshop owner comes to the husband offering them back to him. He in turn, realizing how little his wife cared for them, gives them to his mistress Lola, who goes on a trip to where she sells them.  These earrings will return later to Louise after she begins a passionate affair with Baron Fabrizio Donati (played magnificently by Italian neo-realist director Vittorio De Sica) but the meaning placed upon the earrings changes significantly for Louise as she receives them as a gift for the second time in her life. 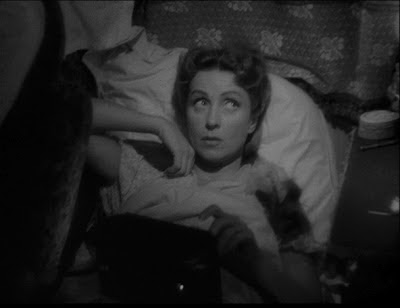 ﻿
This film as a whole is a rather odd nut to crack. I found that the film really gets better as it goes along and you need to stick with it and really pay attention in order to follow it. While the opulence of the décor, the costumes, the cinematography, and the ripe, affair-ridden plot is rather overt, the film refrains from becoming soggy and actually flies by at rapid speed, never lingering too long but maintaining a mysterious and odd propulsion brought on through the dense scenes packed with images and movement often taking center stage over the dialogue. In fact, the dialogue almost eludes me at times as the performances are superbly underplayed, especially from the gorgeous Darrieux with a magnificent set of reserved emotions, Charles Boyer as her aloof husband and from De Sica as her ennobled lover. Furthermore, even the very words said in the film are reserved to the point of being almost anti-romantic or anti-conflict. Louise and Andre have an important marital discussion, but they engage each other from separate rooms in separate beds. And in the film’s most passionate moments Louise coos to her lover Fabrizio, “I don’t love you. I don’t love you. I don’t love you”. 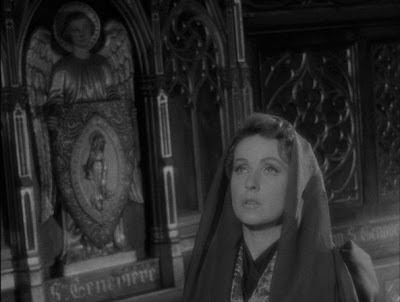 I actually feel that the passion of Louise and Fabrizio’s affair is more reflected in the famously fluid and kinetic tracking shots employed throughout the film that are neither superfluous nor grandiloquent, particularly as we swirl around the ballroom during their dances where in fact the tracking shots serve to connect us to Louise and Fabrizio through the smooth swaying and undulations. In another Ophuls touch, the set decoration often requires the camera to gaze through curtains, windows or mirrors in order to view faces, as if the fragile nature of these characters’ lives must be protected from too much exposure. This was a film that really grew on me while I was watching it, and in the film’s final moments I found myself extraordinarily moved by the tragic climax and rather surprised at the spell the film had cast upon me. Ophuls’ careful balance of opulence and subtlety created his signature masterpiece and one of the most perfect melodramatic love stories ever made. This is one of the all-time greats.
Posted by Jon at 7:00 PM

Jon, a nicely concise post on a great film. The way the three main characters trifle with love, treating it as a game, then unintentionally get trapped in a situation whose outcome can only be tragic gives the film a compelling tension. I've read that it was originally envisioned as a comeback vehicle for Garbo, but Darrieux seems to me exquisite in the role, making it believable that her naivete and foolishness could set in train the events that follow. If "La Ronde," which you wrote about recently, seems circular in its structure (as you pointed out), this one seems very linear, with one event leading inevitably to the next in an unbroken chain of causation. The sumptuous surroundings and camera moves can distract from the plot if you concentrate too hard on them, but these are people who live on the surface and put great stock on appearances. "One of the all-time greats" seems an accurate description.

Thanks for the tremendous comment that I think adds a great deal here. I particularly agree that although the earrings go around in a circle of sorts, the plot clearly drives forward to new places and new conclusions. And yes the sumptuousness of the whole thing could be distracting if you're not quite focused right. Wow I hadn't heard about Garbo in this. Not sure whether that would have worked for me. I love Garbo. She's my favorite actress, but don't think this would have been right. Thanks again for the comment! You know this film well.

My fave film from Ophuls,I like the mcguffin examples in the first paragraph.

The PTA introduction in CC supplements are amazing to watch.

This time I'm on a reliable PC that won't absorb my comment. Ha! Well, this is one of the great works of the cinema by any barometer of measurement, and typically you have put together all the pieces to define it's artistry. I love almost all of Ophuls' output, but there is no denying that this film, LOLA MONTES and LETTER FROM AN UNKNOWN WOMAN are the three supreme masterpieces. Cinematographer Christian Matras and composer Georges Van Perys weave their magic throughout. A classic example of Ophuls’ genius with the moving camera can be found in the legendary ballroom waltz sequence that follows Louise and the Baron. At points in the dance sequence the swirling pair dissolve and reappear in different settings, time frames, from different perspectives, and with nuances in speech and expression, that ingeniously show the deepening of their relationship. Ophuls also delights in repeatedly using things like staircases, windows, doors, candles, and mirrors to facilitate the isolation or coupling of the characters and highlight themes as the plot develops.

Your lead-in comparing the inanimate object being passed around, like the guns in WINCHESTER 73 is marvelous.

Thanks Sam!! I agree this is one of Ophuls' greatest films. That dance sequence is simply astounding and the way it's used to encompass the passing of time, etc. is magnificent. I do love the way that Ophuls uses his sets. They are living and breathing things it seems. The way he uses foreground especially is quintessential Ophuls. Thanks Sam!!!