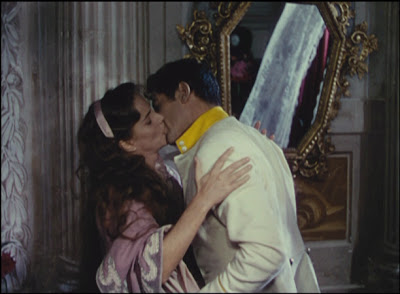 At one time forgotten and now ripe for a rediscovery following the recent Criterion release, Luchino Visconti’s Senso is nothing but a non-stop pummeling of gorgeous costumes and sets, wonderful acting, and deeply tragic emotions. This masterpiece is a luscious and most operatic melodrama. I’ve already mentioned my grand appreciation of melodramas in previous essays about Sirk, Fuller, and Cukor. Now we enter the realm of classicism and grand perspective, lending a historical context to a torrid love affair, one which is not only tragically romantic but insatiably lusty, filled with greed, unhealthy yearnings, hang-ups and obsessions. 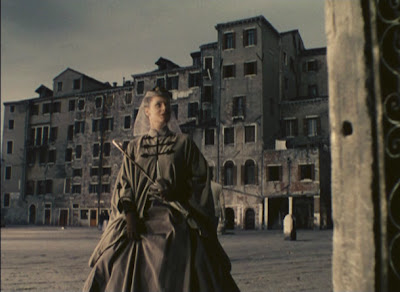 Alida Valli stars as Countess Livia Serpieri, who is married to a wealthy and stodgy man. It is 1866, and the seeds of Italian unification have begun to surge through the country during the Austrian occupation. Visconti’s film opens with an extended scene in the Teatro La Fenice (Opera House) in , infusing the film with a heavy dose of gilded atmospherics, and foreshadowing the “Opera” that will play out during the course of the film. At the Opera, Livia meets Franz Mahler, an Austrian lieutenant played by Farley Granger. They are immediately smitten with each other, and under the nose of her husband, Livia begins a lustful, reckless and selfish affair with him, one that will ultimately break her body, mind, and soul. 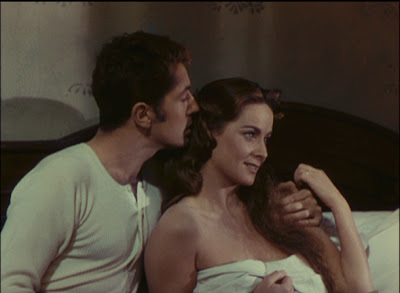 As Countess Livia, Alida Valli gives a tremendous performance and is one of the main reasons for the film’s success. Her dark features and long hair blend terrifically with the gorgeous costumes that were fitted for her, along with the ornately decorated rooms she spends time in. Her projection of longing and tortured melancholy is reminiscent of her work in The Third Man (1949), but here she’s given more screen time and she’s a commanding presence. Her chemistry with Farley Granger really works, especially in the passionate love scenes she has together with him that seem especially heated considering the time in which the film was made. It’s also quite clear that the look of the film, from the sets and costumes to the careful use of color, darkness and light, is a tremendous testament to Visconti’s vision. At around the time of this film's release, Visconti became known for his direction of Operas, something he did throughout the 1950's and 60's. It’s clear that his love of Opera infuses Senso with the emotional flourishes and cinematic framing that makes it so memorable. 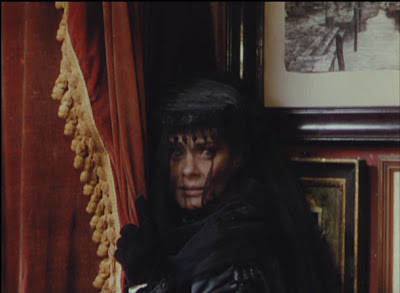 As Livia and Franz reach a climactic moment in their relationship, the film ratchets up a darker, more tortured conclusion than something that would be found in the films of Sirk. Visconti knows that an affair of such epic proportions is bound to destroy someone in the end, if not everyone involved. The film’s most memorable moment for me comes very near the last scene, as a distraught, perhaps insane Livia wanders the dark and shadowy streets of Verona, screaming “Franz!”, “Fraannz!!!.” She screams his name with such blood curdling passion, the words echoing off the walls of the buildings, bringing chills to one’s spine. Senso is my favorite Visconti film, containing one of the most torrid and tragic love affairs that cinema has ever brought us.
Posted by Jon at 8:00 PM

You really do say it all there Jon in that opening paragraph. That's the essence of SENSO in a nutshell, and I agree the Criterion release is really a godsend. In the lush classicism Visconti brings to the table here one is reminded of his later L'INNOCENTE in both the visual textures and tragic emotions. Aldo Graziati's cinematography is absolutely stunning, and I much loved many of the set pieces like the opening with Verdi's "Il Trovatore" being performed at the opera house, and as you note thematically running through the film. I completely agree with you on Alida Valli, who is brilliant. Good point connecting her 'longing and tortured melancholy' to her celebrated work in Reed's THE THIRD MAN.

I knew you would probably be a fan of this one! How can one not be? Thanks as always for the remarkable praise and for lending your great thoughts to the proceedings. Yeah that opening Opera scene is just magnificent.