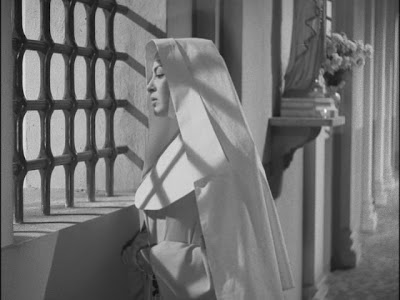 Although his films in the late 1940’s were popular hits in his own country of Italy, Raffaello Matarazzo has resided at the fringe of popularity with critics ever since his melodramas were released. His films, of course, completely clashed with the neo-realism movement so prevalent in at the time, but were popular escapist films. Instead of social relevancy and voicing the cry of the impoverished nation, Matarazzo’s films often used social plights to enhance fantasies. In fact, these films are filled with the kind of melodramatic and fantastical flair that Douglas Sirk would develop in . In comparison though, Matarazzo makes Sirk look conservative by a long stretch. Criterion’s recent release on their Eclipse label captures four enchanting and thrilling features from Matarazzo, bringing to light the work of a fascinating director, one ready for a discovery. 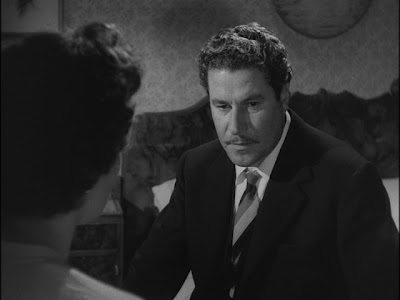 Two films from the release, Nobody’s Children (1952) and the sequel The White Angel (1955) are together one of the wildest melodramatic stories ever put on film. They are labyrinthine in their approach, loaded with extreme examples of melodramatic panache. In the first film, Nobody’s Children, we’re introduced to a couple in love, Guido (Amadeo Nazzari), a Count and owner of a quarry, and Luisa (Yvonne Sanson). Guido leaves the country for a period of time, promising to write to her. In the meantime, she is pregnant with his child, which he does not know. His letters get stolen by Anselmo, a scheming rival, and his mother in order to push Luisa, a girl from a poor family, out of the picture. Guido returns and thinks Luisa has left him. Luisa feels she has been abandoned by Guido, and thus they are separated…..forever? 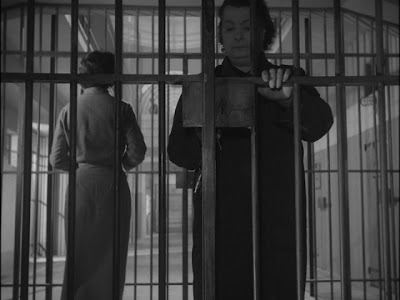 ﻿
In the sequel, The White Angel, our separated lovers have, perhaps, a chance encounter at a train station, where Guido finds a woman who looks just like Luisa, and a la Vertigo (1958) (made 3 years later), becomes obsessed with her, pursues her, woos her, and….I must stop. It’s just too delicious to give away. In both films, there is a sense of suffering for righteous reasons. Thus, it’s clear that Catholicism perhaps plays a deep-rooted role at the core of these films, and this Christ-like suffering for the greater good is rampant, lending the films a passionate sense of duty. One wonders if the films of Bresson hold nothing less than an affinity with the elemental sense of duty and determination that Matarazzo lends to his characters. Bresson of course drained far more emotion from that purpose than Matarazzo does, but there is a kinship somewhere deep inside. 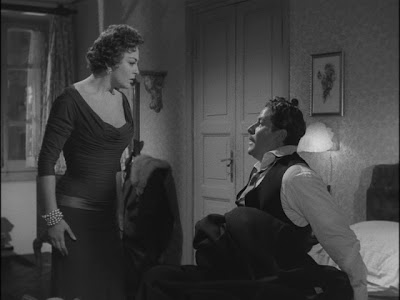 Both films star Amadeo Nazzari and Yvonne Sanson, who give prescient, if not always restrained performances. However, they seem to embody the clairvoyant religious and symbolic intentions that Matarazzo wants to convey. In viewing these two films, there also appears to be a grand celestial alignment at play in the plot, a design of life if you will that is evidenced by the cosmic connections and coincidences that occur. Although on the surface melodramas like this can appear campy and trashy, I believe that there is a greater truth and substance to the cores of films like Matarazzo’s. This leaning toward the cosmic alignment beckons comparisons to another late, great filmmaker, Krzysztof Kieslowski. Films like The Double Life of Veronique (1991), or his Three Colors Trilogy (1993-1995) are built upon a framework of coincidences, grand connections, and a reliance upon the magic of chance, or perhaps, God-like intervention. I’ll be damned if Matarazzo didn’t feel a similar pull when he made his grand works. Check out any of Matarazzo’s films you can get your hands on, but especially the twin bill of Nobody’s Children and The White Angel. They are literally loaded with magic.

Matarazzo was scorned by critics but adored by audience, who by and large responded to his over-the-top narratives and emotional flourishes. It now seems the height of absurdity that the director was commercially more successful than his peers De Sica and Rossellini. But as you rightly note his work clashed with the tents of the neo-realist movement, and all in all the melodrama her is closer to Visconti among Italian directors. Beyond that I agree that Sirk would be the ultimate reference point. The combo of NOBODY'S CHILDREN and THE WHITE ANGEL are indeed one of the most wildly melodramatic stories ever put on film. The second film however I believe is stronger. I agree with you on the VERTIGO comparison and on Bresson culling more emotions from similar situations. Matarrazo is too irresistible in the end, and I don't regret for a second by acquisition of this Criterion Eclipse set.

Marvelous review here Jon, and one that successfully framed the director's artistic worth.

I know you're a fan of melodrama and this one certainly doesn't disappoint in that regard. I can probably understand how in Italy at the time, that people may not have wanted to watch De Sica and Rossellini and instead become lost in these fantasies. I think it says something about the mindset of where people were at. Certainly De Sica and Rossellini are far more accomplished, but there's something irresistible I agree.