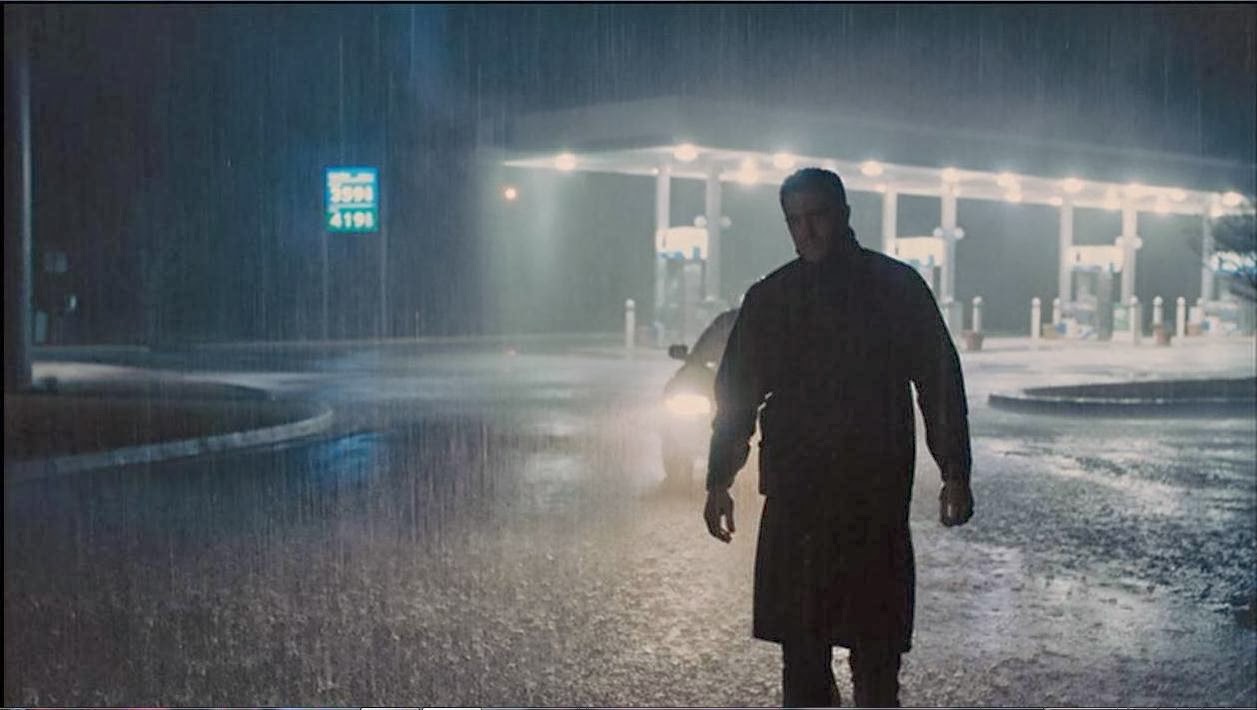 Prisoners is the rare procedural that has the ability to bury itself deep in one’s brain and embed itself there. Even weeks later, the film keeps lingering in my mind, reminding me of the truly haunting and genuinely disturbing film that it is.  It left me tense and on edge unlike few films ever do. Prisoners invites reminders of other memorable procedurals like Silence of the Lambs and Zodiac. Canadian-born director Denis Villaneuve, who a few years ago made the acclaimed Incendies (a film I thought became too convoluted for its own good), shows remarkable growth here in his first Hollywood film, having a good sense of pacing, compassion for human emotions, and subtlety with regards to very sensitive material. From the very first moments, the film pulls you in and doesn’t let up, making you tense and on edge for nearly 2 ½ hours. 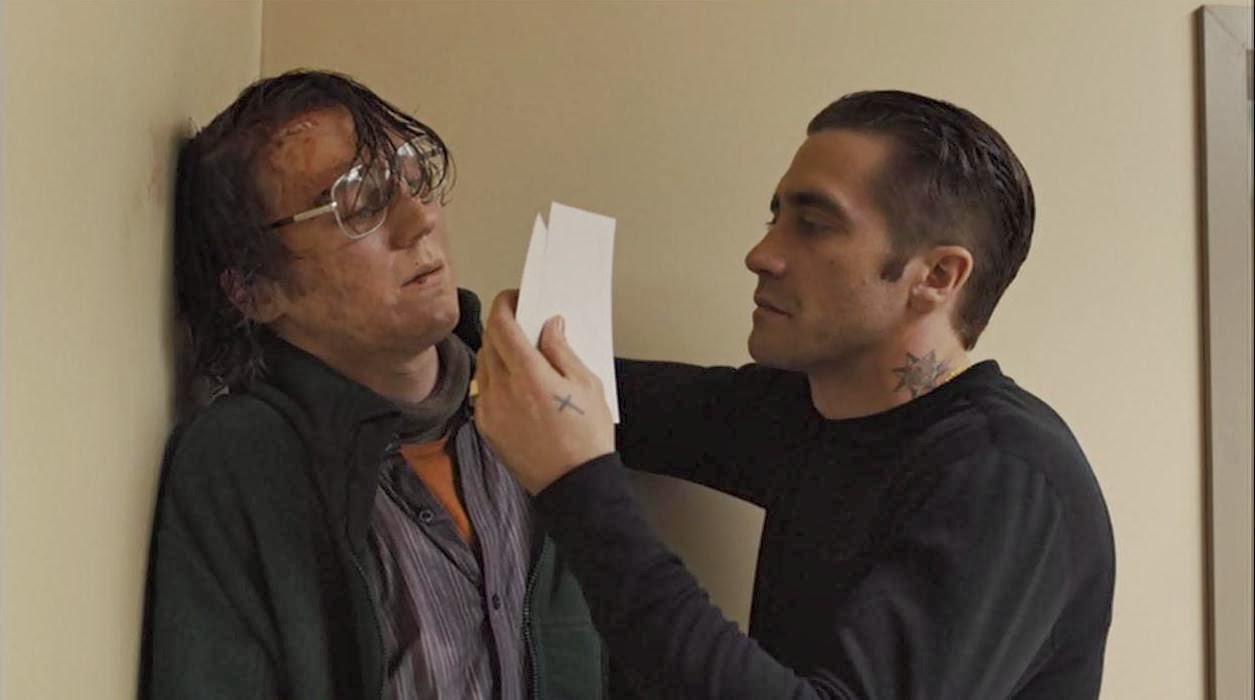 Prisoners was written by Aaron Guzikowski, who is unknown to me, but here presents a fascinating story regarding the disappearance of 2 girls from their street on Thanksgiving Day. The parents, Keller (Hugh Jackman) and Grace (Maria Bello) and Franklin (Terrence Howard) and Nancy (Viola Davis) immediately notify police and begin searching for the children while their older children tell the parents about a strange RV that was parked on the street and has now left. Enter Detective Loki (Jake Gyllenhaal) who immediately begins the search and finds the RV, along with a strange man named Alex Jones (Paul Dano) behind the wheel. Alex becomes the prime suspect in the kidnapping case. However, while in custody, there is a lack of evidence brought forward to convict him of any crimes. As one day turns into the next, Keller decides to take the case into his own hands, searching for leads and pushing to find his daughter and her friend through alternative means. Keller and Loki both pursue what they believe in and clash with each other, as the film builds a swirl of moral confusion. Villaneuve examines both vigilante justice and the police procedure to such a degree that we as the audience might wonder what decisions we would make if we were in the same situation. 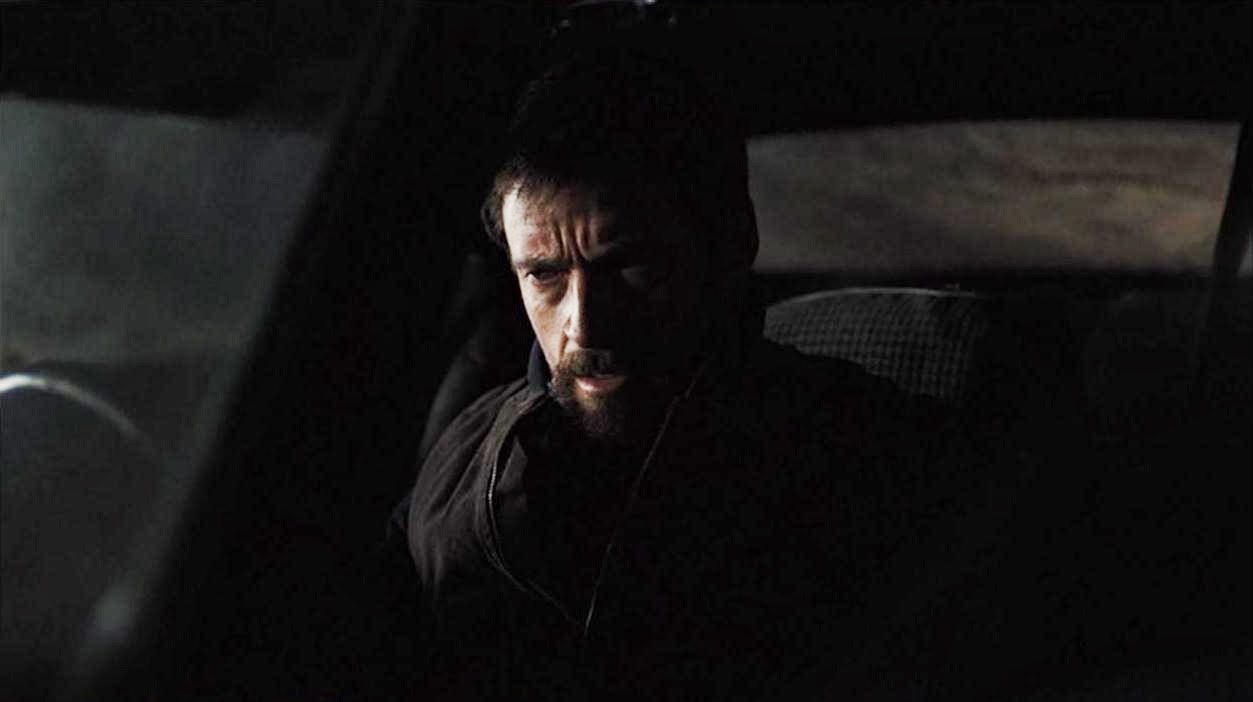 Sometimes these kinds of films can be exploitative. Obviously placing children in peril can set up a sort of uncomfortable, voyeuristic entertainment, whereby the situation can be manipulated so that the audience is subjected to as many unnecessary and outrageous details as possible. One of the best things about Prisoners is the way Villaneuve refuses to allow for the sensationalizing of the kidnapping. We never see the kids taken. We never even see the kids in captivity. Taking a page out of Hitchcock’s book, Villaneuve understands what you DON’T see can actually add more suspense. Also taking another appropriate clue from Hitchcock, Villaneuve is a fan of the MacGuffin or Red Herring. I don’t really want to go into it in detail, but there are surprisingly effective red herrings in the film, that, despite the running time needed to flesh them out, turn out to be some of the most suspenseful and unnerving elements in the story. Though the film is long, Villaneuve keeps things moving and constantly shifting and changing, particularly with respect to the characters of Keller and Loki. Played convincingly and emotionally by Hugh Jackman, Keller represents a father who is willing to push ethical and legal extremes to get answers for his cause (Political overtones apply as subtly layered analogies). Gyllenhaal is equally effective as the jaded yet determined cop Loki. I was particularly impressed with the performances of both actors who give my favorite performances of their careers. 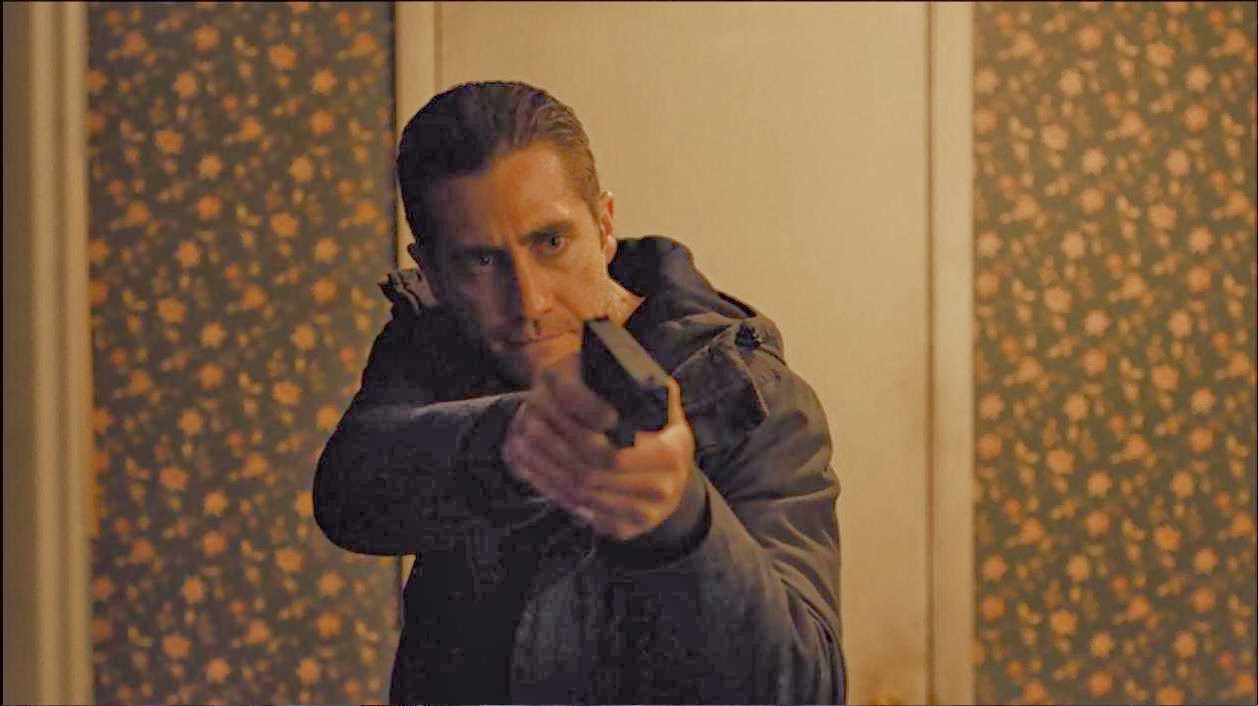 Master cinematographer Roger Deakins lends his keen eye here. Lots of rain, shadows, and low, natural light are utilized to create unsettling atmosphere, and Deakins has made an astonishing number of films where his muted tones take on a strange beauty. It is some of the best photography of 2013. Johann Johannsson’s minimalist and foreboading musical score also adds to the gnawing suspense. One can see that Villaneuve took this film very seriously, perhaps far more seriously and subtly than one would expect from a film in this genre. I like this film far more than the works of David Fincher. Fincher has a tendency to wallow a bit too much in deviant filth for some reason. Villaneuve is content to let the unknown aspects of the plot to bury into our brains, and along with the acting, the music, and the cinematography, craft a truly memorable genre piece with the rare ability to rise above straight-up execution. I can’t recommend this film more highly. It is a near-perfectly executed procedural….memorable and just about the best of its kind that you are ever likely to see.
Posted by Jon at 6:00 AM

Roger Deakins does a marvelous job on Prisoners. His cinematography here matches his best work from Assassination Of Jesse James, NCFOM, The Man Who Wasn't There, and Skyfall. These five films illustrate why he is a leader in his field and perhaps the best craftsmen overall.

Prisoners is a much better film than Incendies, but it also gets a bit convoluted at the end. Less plot past the 120 minute mark and this would of been a film for the ages. As is, its still one of the best movies from 2013 and rather underrated to boot. The masses can keep simple films like Gravity and American Hustle, the complexity shown by Denis Villaneuve is on a whole other level. So much is going on thematically, and he masks it all with a deceptively "pulpy" plot.

A second viewing made me really love this film, and while its not perfect, the effects stay long after the credits roll….M Roca

We agree on just about everything on this film Maurizio. Yes although it may get a bit iffy near the end, there's simply too much greatness overall for me to knock it. Deakins is a definite pro. He actually got nominated for this film which was a pleasant surprise. Someone is paying attention. Thanks for the thoughts and for stopping by.

I do not prefer this to INCENDIES as Maurizio does, but I do feel it's quite good for a host of reasons, all of which you broach and superbly delineate in this excellent appraisal. Deakins' work is superlative indeed.

Thanks for the comment Sam. Deakins is one of the best photographers working today.