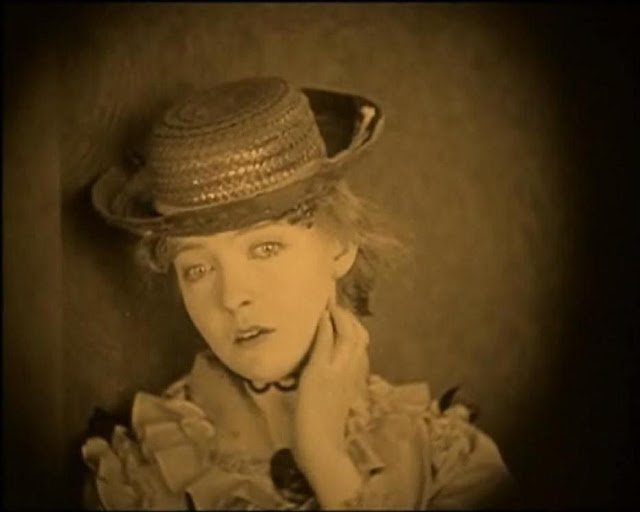 (Note: This review is being posted as part of the Gish Sisters Blogathon, hosted by Movies Silently and The Motion Pictures)

Lillian Gish’s work with director D.W. Griffith generated one of the best director/actress pairings in the history of cinema. Griffith had this uncanny knack for finding material that suited Gish perfectly. In turn, Gish was able to elevate the material beyond the typical stereotypes that melodramas can fall into. Griffith understood that Gish was his best acting asset and created roles for her that are some of the most iconic of the era, including magnificent performances in Broken Blossoms and Way Down East among others. But some of the lesser known films, like True Heart Susie, contain examples of Gish’s acting that are somewhat unique and also showcase some of Griffith’s smaller and less histrionic tales. 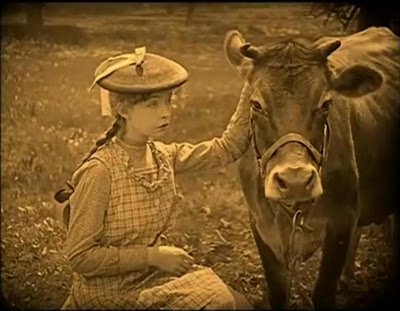 In January of 1919, Griffith released a picture with Gish titled A Romance of Happy Valley, one in which a sweetheart stays at home while her man makes it big in the world, only to return home to find things not as he left them. Griffith then made True Heart Susie in June of that year. It’s actually a far better film that has similar overtones but one of the main corrections he makes to the basic structure of the plot, is to allow Gish to stay on screen longer, especially in the final 20 minutes of the film. The other interesting development in True Heart Susie is how Griffith combines comedy, tragedy, and romantic melodrama so effectively. Gish plays Susie, the ultimate girl next door who hardly ever gets noticed. She lives with her aunt and she’s friends of her neighbor, William (Robert Harron), the dark and handsome young man with whom she pines for. He wants to attend college and little does he know, but Susie secretly pays his tuition by selling her cow and other animals. She in fact sends him a letter that makes him think that the tuition is paid by a philanthropist of great wealth. Her motivation is so she can marry a man with an education of course. He celebrates the news of this letter by running across the street and he’s so excited and is on the verge of kissing Susie but he doesn’t quite do it. In a fit of comedic timing, they bob and weave close to each other but they don't kiss in a comedic sense of romantic denial. Gish’s Susie really is just the girl he confides in despite the fact he ends up getting involved with a glamorous brunette named Bettina (Clarine Seymour) when he returns from college. Much to Susie’s dismay, William marries the woman, but in the gloriously melodramatic denouement, Susie’s “true heart” wins out in the end. 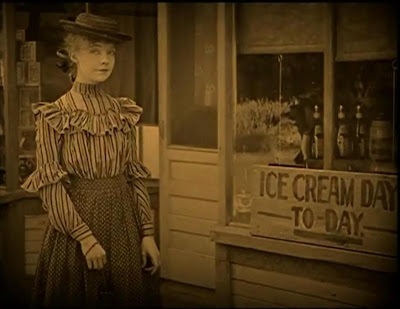 Griffith wasn’t known for his comedies. But it’s amazing to see just how adept he is at infusing brilliantly correlated jokes into the plot. Griffith’s comedic sense of timing is emphasized by his juxtaposition of images and intertitles that sarcastically comment on the rather desperate,  nonexistence of the relationship at hand. Susie is attempting to primp herself in competition for William when we read…..“Susie, preparing herself against the paint and powder brigade.” Her aunt then bursts in and says, “Powder! Do you think you can improve upon the Lord’s work?” There’s also this lovely little comedic moment where Susie stands in front of the ice cream sign…..staring at William….then slyly looking at the ice cream sign….then back to William. In another funny moment, Susie receives a letter from him where he says “so far, I haven’t found anyone I like better than the people at home.” She proceeds to kiss the letter numerous times and prance around the room, despite the lack of enthusiasm he puts into his words. Susie is in fact so naively in denial that William DOESN'T love her that even when William leaves a party with the brunette at the end of the evening, Susie remarks “Oh, he had to be nice to the stranger.” There’s this other darkly comedic moment where Susie watches William and the brunette from across the farm….she can’t bear to watch them flirting and she closes her eyes, as if once she opens them the brunette would have disappeared. Griffith turns the tables in the second half, though, turning the film into a devastating tragedy in the making, with multiple shots of Susie, desperate, with tears in her eyes. On Bettina's wedding day, we see her in her wedding dress….then the camera pans wider to find Susie is one of her attendants, in a devastating portrayal of Susie’s penchant for humiliating embarrassment. 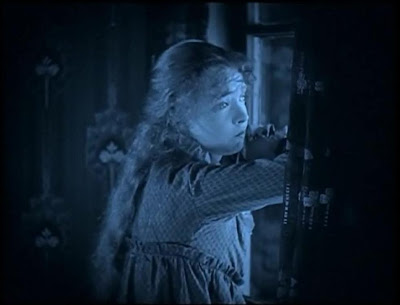 Gish’s performance in this film is not quite like any others I’ve seen from her. She is remarkable in her ability to project a sort of deadpan melancholy, almost like the female counterpoint to someone like Buster Keaton at times. She so often presents body language to make a point, like her stilted walking down the lane as the naïve school girl, or her subtle eye movements in front of the drug store in town, or her sad-sack expressions as she hugs her cow. So often Griffith sets us up to believe Susie has no real appeal whatsoever by her rather uptight form of dress, as compared to the free-wheeling women of the city. But he contrasts this with her knowledge of practical things: farm life, cooking, caring for the sick. Yes it’s a bit stereotypical, but it’s notable that William sees the prospect of Susie’s fresh roasted chicken and baked biscuits as far more sexy than the cold meat that his wife presents to him every day. Gish makes all of these elements come together so well because we care about her and believe her, whether she’s giddy over a letter she has just received, or caring for her sick aunt, or sad over William cheating on her, or vengeful and ready to punch Bettina in her sleep. She also has a significant acting moment that occurs at about the 49 minute mark, after Susie has primped herself and gone over to William’s house, only to find him with the brunette. She retreats to the hallway, and Griffith goes in for a close-up. What happens over about the next 30 seconds is pure and elemental Gish. Every single emotion that one could think of comes rushing to her face….one after another. It is remarkable stuff and no one ever did this better than she. Gish doesn’t quite have the large, meaty role, filled with desperation that she would get in Orphans of the Storm, or Way Down East, but her comedic timing here and immense range is a definitive look at her talent. 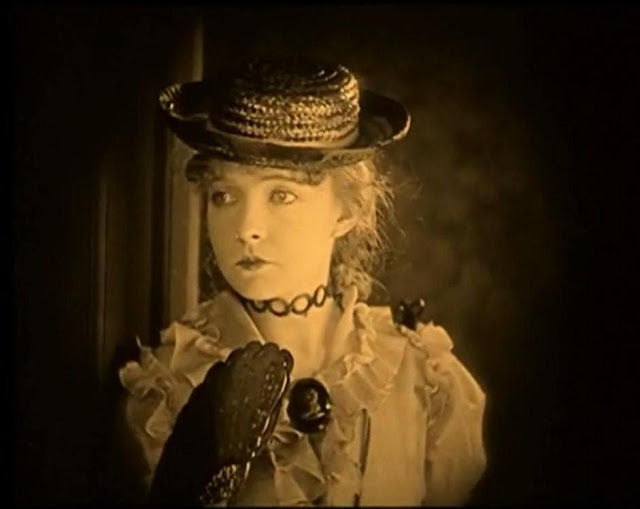 You did it again! Thanks for capturing the spirit and appeal of this lesser-known Griffith-Gish collaboration.

I haven't seen True Heart Susie, but your review made me want to see it even more. Your description of every emotion running over Lillian Gish's face makes perfect sense. I found a nice photo of Clarine Seymour, who died tragically young, but I couldn't find a spot for it in any of my posts for the blogathon. Thank you for sharing.

I can't wait to see this! I love your analysis of how Griffith and Gish used comedy, they certainly had a very special and close relationship.
Thanks for sharing!

"Griffith wasn’t known for his comedies. But it’s amazing to see just how adept he is at infusing brilliantly correlated jokes into the plot. Griffith’s comedic sense of timing is emphasized by his juxtaposition of images and intertitles that sarcastically comment on the rather desperate, nonexistence of the relationship at hand."

Brilliant stuff Jon, and really a fabulously written essay on a film I haven't seen to this point. But I do revere Griffith's work immensely, and would love to add this to the list of viewed films. Yes, I agree that Gish is one of the most diverse of actresses.

Great posting, Jon, and great images too. I'm interested to hear how this film moves from comedy to "a devastating tragedy in the making", and will hope to see it!

Thanks all for the great comments. Yes for those who haven't seen it, this is well worth seeking out and fascinating film for its tone and performance from Gish.

Your review made me curious to watch this movie. And now I imagine how cool would be a film starring Lillian Gish and Buster Keaton.
Don't forget to read my contribution to the blogathon! :)
Greetings!

Great post. I agree that Gish is different here - which is why I do like this film.