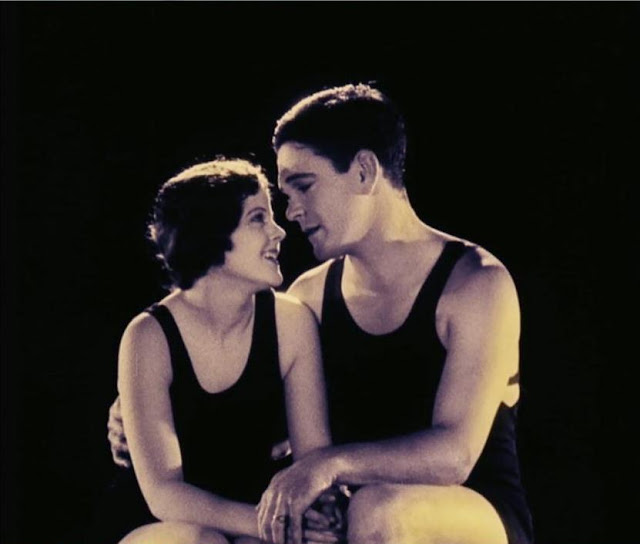 Wow is this film ever cute. I’m not ashamed to admit it. It’s unabashedly sentimental and romantic, yet the earnestness of the filmmaking propels it onward and upward. It’s also one of cinema’s great romance films, a genre that appeals to me and one I’ve written about on several occasions thus far. Romance films can be accused of being too manipulative, sentimental, and slight. True they can be. However when done right, there is usually an intelligence and a keen perception of our humanity on display. I think of Humphrey Bogart and Ingrid Bergman, Woody Allen and Diane Keaton, or even Ethan Hawke and Julie Delpy. The two stars of Lonesome, Barbara Kent and Glenn Tryon, don’t have nearly the same cachet as other classic on-screen pairings, but they sure give it the old college try in this lively and charming, late silent film masterpiece. 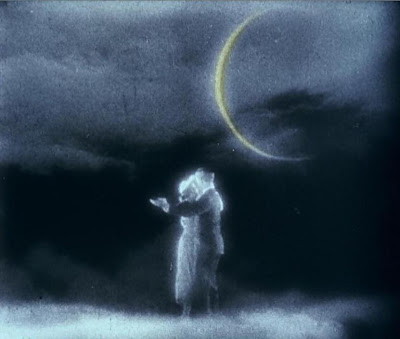 Lonesome is the story of Mary (Barbara Kent) and Jim (Glenn Tryon), two lonely single people living in NYC. She is a telephone operator and he a factory worker. They both separately have the afternoon off in preparation for the 4th of July weekend. They each decide to head to the beach and Coney Island. They each board the same shuttle car which will take them to the beach. He sees her on the car and takes a liking to her. Once off the car he pursues her. She retreats and they play a game of flirting for awhile. Then they meet each other at the beach and sparks begin to fly. They spend the entire day together, talking, laughing, and enjoying the amusements of Coney Island. That is until they are separated late in the evening and frantically search for each other, both of them realizing that they don’t know each other’s full names and that they may have lost each other for ever. 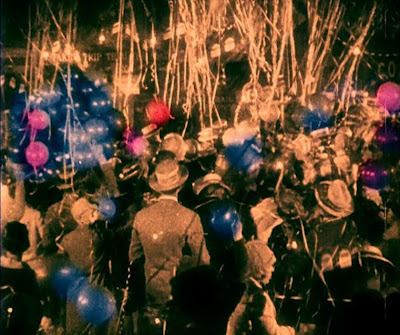 Paul Fejos is a largely forgotten director that got his start in the silent era. Although he was largely known as a director of documentaries and ethnographies, his work in Lonesome is fantastic in every way. Made in the same year as The Man With a Movie Camera (1928), the beginning of Lonesome parallels the great Vertov work, using a montage sequence of the city awakening at dawn. Fejos, as noted in an essay in the liner notes for the new Criterion DVD, has clear influences from the Russian montage and German expressionist movement. Being Hungarian born, Fejos brings a European cinematic flair to this Hollywood film, breathing tons of life into what is largely an oft-told tale. He uses tracking shots and roving camera work, superimposed images, sequences of color and even a few talking scenes within this largely silent film. There's even a great soundtrack incorporating lots of crowd noise and sound effects which blends nicely. This is a "kitchen-sink" kind of approach, but the film never devolves into distraction or abstract grandiosity. It remains grounded by its focus on the human element, always maintaining its sincerity. 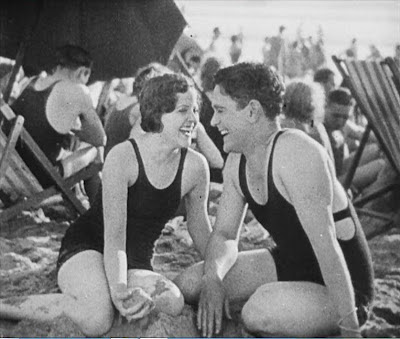 What struck me about the few talking scenes that occur between Mary and Jim (which were added to take advantage of the new found appeal of sound) is something that I had never thought of before: the delineation between silent and sound cinema. When watching silent cinema, it’s very easy to allow oneself to view the proceedings and actors with a sort of distance. Because we can’t hear them speak, they somehow seem less real; they seem otherworldly and to sometimes appear to reach a sort of inhuman perfection. As an example, don't we approach the silent films of Garbo, Brooks, and Gish with a reverence? Can those actresses do any wrong in the silent medium? When I saw the first sequence in Lonesome where Mary and Jim talk with each other on the beach (with sound), they suddenly seemed very childlike and embarrassing compared to their "silent selves", perhaps even silly and sappy. They seemed flawed and human once I heard their voices. It was an interesting way for me to think about silence versus sound in cinema, as this film allows one to essentially see both types in the same film. All of this is superfluous though to how wonderful this film is. There is boundless charm and energy here. It is funny and romantic. It is sincerely acted by the two leads and directed by Fejos with great bravado. What a lovely discovery is Lonesome.
Posted by Jon at 7:00 PM

Aye, Jon, it's cute, it is moving, it is remarkable stylish for a film of it's vintage, and it's gloriously exhilarating. It is clearly one of the most wondrous and welcome additions for cinephiles, and the Criterion blu-ray is a god send. I personally love the film so much that I would have no issue saying at this point that it is one of my five top silent era films ever, sitting with films like SUNRISE, JOAN OF ARC, NAPOLEON and several from the silent clowns. It made that much of an impression on me, and by the end even with the odds against the dramatics than unfold I was teary-eyed. Fejos was a visionary, as you delineate in your commanding paragraph on his career and artistry. And yes it is the human element that ultimately elevates the film. The talking passages do of course look disjointed, but we know the reason why it was part of this equation. Your passion Jon, is wonderfully transcribed. This is celebration time both literally and figuratively!

I agree Sam this is one of the towering statements of the silent era and is one of the great newfound works for me that up until this year, I had not heard of. I think this film is of course up both of our alleys, but it's hard to really find faults with a film this genuine and exhilarating as you put it. It's one of my favorite film watching experiences of the year. Thanks for the comment my friend!

The enthusiasm of your review is very captivating. I didn't know that it was a new addition to the Criterion Collection (until I looked for this on Netflix, where it's unfortunately in the limbo of the "saved" - theologically interesting, that phrase, but I digress...).

One thought that occurs to me, especially with a review for the comedy countdown of Modern Times upcoming eventually: isn't it interesting how the populist romances of the past tended to present their protagonists as working-class (or at least to vary the glamorous society milieus with more down-to-earth ones, even to the point of including common-man outsiders in the upper-class settings?), while today they are always professionals? Even in the recession? And the films that try to make an exception to this (like that one with Tom Hanks and Julia Roberts, whose name escapes me - and also, was that actually popular?) do so with loud gestures and expressions, making it seem all the more unusual.

Thanks Joel...good thought. There has been a shift toward more upper class romances however I'm not sure I can pinpoint exactly when the shift occurred...whether it was just after the silent era was over perhaps? I'm thinking of all the ones that resonated with me....Before Sunrise was of course about 2 young 20 somethings that didn't really have careers yet...however Before Sunset has them portrayed as a political activist? and a writer. Certainly not factory workers. Kaurismaki's Shadows in Paradise features 2 working class lovers however.....not Hollywood.

Major kudos must be given to Jason Altman, the producer at Criterion who shepherded this project through to conclusion. The DVD also has two other gems, Universals first sound musical talkie, Broadway, and the rare Last Performance. Excellent cinematography work is due to the great Hal Mohr behind the Mitchell Camera. Long un-available, these gems are a must for any lover of cinema.