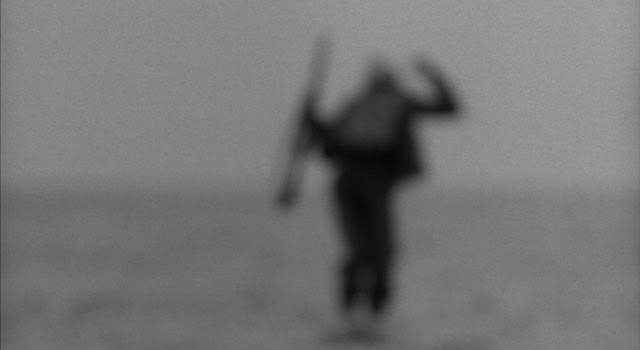 Stuart Cooper’s poignant and devastating anti-war film is a unique blend of surreal poetry and documentary-like realism. It is both a stark portrait of an individual obsessed with premonitions of his own death and also a gathering of the collective consciousness of war. Thus it feels like both a big picture and a very intimate one. Brought to distinctive life by director of photography John Alcott, this is one of the most stunning and visually effective war films I've ever seen. Alcott of course was cinematographer of choice for three Stanley Kubrick films. Overlord in fact recalls Kubrick’s penchant for dream-like setpieces, which of course this film is loaded with. There are non-linear and subconscious visuals interspersed throughout, becoming the central emotive device. Not to mention, there is the fusing of the narrative with actual aerial and battle footage from WWII, creating a swooning, impassioned lament for those who died in the war. 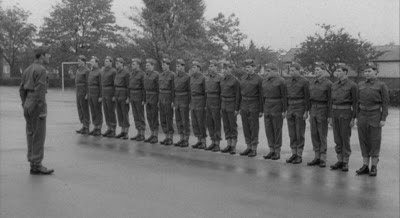 Cooper’s film regards a young private entering basic training. We follow him from the time he leaves home, to boot camp, to special training site, to D-Day. In the hands of Cooper, Alcott, and editor Jonathan Gili, the plot is rife with moving and piercing images. Central to the film’s effectiveness is the running motif of the young private dreaming/imagining his own death. This occurs repeatedly throughout the film and although often in soft focus, these moments become glaringly clear as a foreshadowing. Several sequences near the beginning of the film actually presage Kubrick’s own Full Metal Jacket, a film that I think might be among Kubrick’s weakest. However, Cooper’s interpretation of the boot camp experience is less the opportunity for insanity to creep in (a la Kubrick), but more to allow the dread, foreboading, and certainty of death to overtake the individual. In fact the dehumanizing aspects of the war machine is better examined in Overlord than in any other film I can think of. 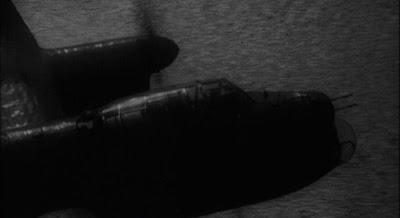 This is far from an actor’s movie and in terms of character development, is almost nonexistent. We move from moment to moment through the camera lens and the blending of the documentary footage with the dramatic footage. The film is less about tangible moments and more about a feeling. If the effect Cooper was looking for was a deep melancholy and sadness, he certainly succeeded. But also one of the questions that comes up to me in films like this is should the visuals be allowed to be so beautiful in a film of such darkness and sadness? Does the beauty of the image denigrate the subject matter of the film? For me here the answer is no. I think the arresting quality of the visuals creates a deep sensory connection, pulling us into the film’s midst without the need for an emotional connection to the characters. The images are used here to replace traditional narrative and connection to individuals. 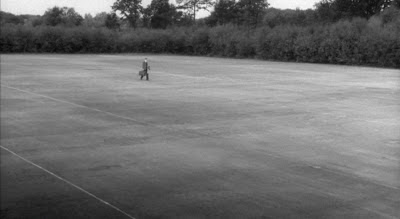 If all of this sounds rather highbrow and inaccessible, it’s not meant to appear that way. I don’t think it requires a great deal of dissection to understand this film. It is meant to be experienced from a sensory standpoint, both visually and audibly. Although originally designed to be a documentary, Cooper and Alcott seamlessly incorporated tons of actual battle footage with the narrative footage, often switching very quickly between the two without missing a beat. Their feats here create one of the greatest war films ever made. This is a unique film, containing deep meditations on the mechanics and machinations of war and also on death itself.
Posted by Jon at 7:00 PM

You've made quite a strong case for this film. I've never seen it, and it's among the few Criterion DVDs I don't own, but I will get a copy via netflix. Interesting comparison to FULL METAL JACKET, but most importantly for your vital opening salvo about an individual obsessed with premonitions of his own death (reminds me of a Twilight Zone episode titled 'The Purple Testament') and for the 'unique blend of surreal poetry and documentary-like realism.'

Terrific review and a real service to cineastes, who may be unawares.

Thanks Sam yes I think you will like this one. I'd never heard of it before watching it recently and was certainly caught off guard by the thing. It's a very visual movie. I don't think I've seen that particular Twilight Zone episode....but it definitely reminded me of Kubrick in several ways. Hope you check it out and enjoy it!