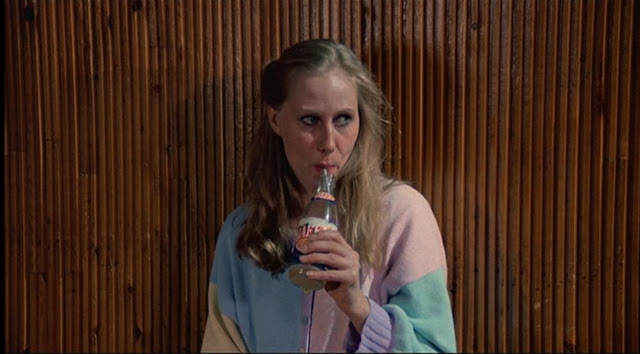 Over the last couple years since I watched The Match Factory Girl, I have found that I’ve been haunted by it. I watched it back in 2011, as part of my viewing of Kaurismaki’s Proletariat Trilogy released on Criterion’s Eclipse Series. Thinking back on it, I believe I underrated it at the time. I gave it 3.5 out of 4 stars, but have found myself thinking about the film almost on a monthly basis since then. I found that I would recall instances or images from the film at random moments. I feel the first viewing was a sort of introduction to it, but that I really needed to watch it again. So I did again recently. Sure enough I now consider it to be a fully-fledged masterpiece and probably Kaurismaki’s greatest film and one of the best films of the 1990s. 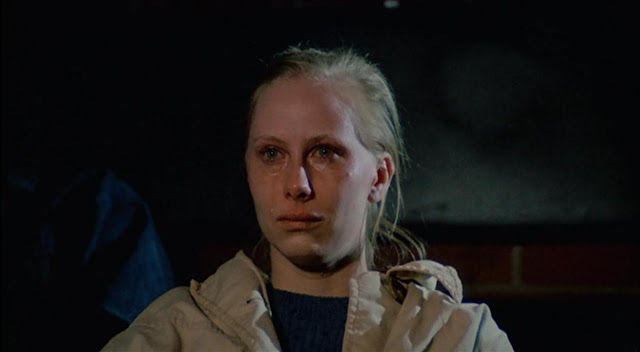 Kaurismaki leaves his mark all over this film, from the writing, directing, and soundtrack choices it is hard to mistake this film from coming from anyone else. Set in his native Finland, The Match Factory Girl regards a young woman named Iris. She slogs away each day in a match-stick factory and lives with her parents, whom she supports. Her lonely existence is compounded by the fact that although she attempts to go out to bars and dances, she is seemingly ignored everywhere she goes, ending up each evening alone. That is until one evening when she buys a new dress, goes to a bar, and is picked up by a random guy named Aarne. She wakes up the next morning at his apartment, but he has already left for work. She assumes he wants a relationship, when in actuality is not interested in her at all, except for sex. This sets up a denouement whereupon Iris gets pregnant, is shunned by this man and her parents, and then in a fit of pent-up “rage”, seeks revenge upon an uncaring society. 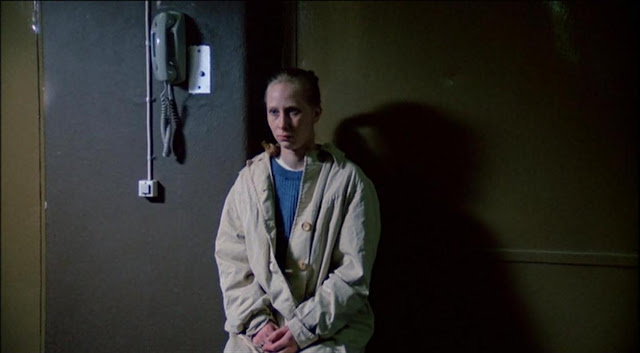 Now I’m sure I’m not completely qualified to make this judgement…..but in my opinion, I believe this film to be the darkest, most dead-pan comedy that I’ve ever seen. It is so unrelentingly bleak and dark, that Kaurismaki seems to be daring us to laugh or find this funny. Oh but funny it is and it’s not at the expense of Iris. It might appear to be at first, but she in fact gets the last laugh in the end. Nearly all of the comedy, and in fact the entire film itself, is told visually. This is almost a silent comedy. I point to the scene where Iris is sitting alone at the dance, drinking her orange soda…completely ignored and places her empty bottle down on the floor…where several bottles have already been finished. Or perhaps we could look at the hilarious moment where her father visits Iris in the hospital telling her that she is no longer to stay with them at their house and plops an orange down on the bedstand next to her. She says nothing, but instead begins to peel the orange. Or what about the unbearably awkward scene where Aarne comes over to the family's house and sits awkwardly with the parents as they smoke and drink coffee in complete silence. There’s very little dialogue in the film, but what little there is makes an indelible mark. There’s the moment where Iris tells a fellow co-worker that she’s pregnant. The coworker replies, “Is that so?”, and walks off. Then Iris decides she’s going to buy some rat poison at a store. After the cashier hands it to her, Iris asks “What does it do”? The cashier replies, “It kills”. 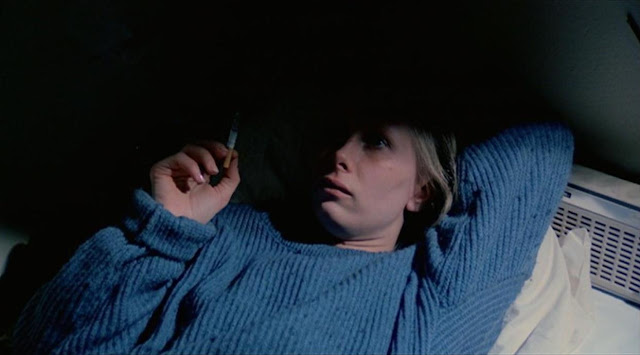 Kaurismaki’s choice of Kati Outinen to play Iris was sheer brilliance. In a near wordless performance Outinen is able to project meekness, naivete, joy, heartache, bitterness, hatred, and vengeance without really saying anything at all. She conveys all of these things through her facial expressions and captures this woman’s awkward existence with such bleak melancholy, it’s hard not to sympathize with her, but we are never asked to pity her. Her inner strength comes through at the end and even though she makes some unforgivable choices, we sense the empowerment with which she makes them. Timo Salminen’s brilliant compositions and sense of comedic scoping add a touch of whimsy to the bleak visuals, and Kaurismaki’s surreal sense of musical embellishments takes on additional comedic relevance as the bouncy, bluesy soundtrack is nearly in complete opposition to the proceedings. Although set at a brisk 69 minutes, one does not feel that anything is missing at all. The film is perfectly paced, written, and acted and there isn’t a wasted minute in the entire film. This is the kind of film that I could watch over and over again.
Posted by Jon at 7:00 AM

"Now I’m sure I’m not completely qualified to make this judgement…..but in my opinion, I believe this film to be the darkest, most dead-pan comedy that I’ve ever seen. It is so unrelentingly bleak and dark, that Kaurismaki seems to be daring us to laugh or find this funny."

Jon, you state the film's essence perfectly here! indeed, this is as riveting and economically written as the film is composed. Yes, not a moment is wasted in what is surely Kaurismaki's masterpiece, and a film that was certainly on Claude Chabrol's mind when he directed 1995's LA CEREMONIE. Your suggestion that the film works as a "silent comedy" is another revelation, and there is certainly and underlining whimsy to these bleak proceedings. Your description of Kati Outinen's extraordinary performance is the capper. Superlative piece Jon!

Thanks Sam! I do know that you love this film and we're both in agreement that it's Kaurismaki's masterpiece. It is an unforgettable film.

"but in my opinion, I believe this film to be the darkest, most dead-pan comedy that I’ve ever seen. It is so unrelentingly bleak and dark, that Kaurismaki seems to be daring us to laugh or find this funny. Oh but funny it is and it’s not at the expense of Iris." Hell yeah!!! The rat poison sequences, in particular, rank amongst the darkest displays of humour for me as well.

And yes, I too would consider this as Kaurismaki's best work. In fact this is how I'd rank the films of the 'King of the deadpan', as I like to call him, that I've watched so far:

Thanks Shubhajit I think you and I might be the biggest Kaurismaki fans around. Both you and I would share the same top 2. After that I particularly like Leningrad cowboys. Some of the others I've had a bit of a hard time tracking down. For some reason didn't like Le Havre as much as I wanted. Thanks for the comment!