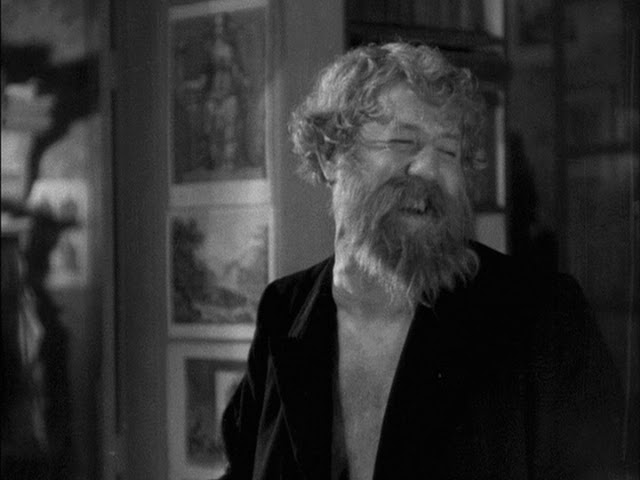 If this isn’t one of the greatest comedies ever made I would be hardpressed to find a reason why it wouldn’t be considered as such. Jean Renoir’s film is chock full of delightful comedy and social commentary that is quintessentially French and also rather influential to other comedies that followed in the decades after. One could probably name several comedies where most of the action revolves around a character who is essentially a fish out of water that becomes rather annoying to others around him/her. Everything from What About Bob? (1991), to National Lampoon’s Christmas Vacation (1989), to buddy comedies like Planes, Trains, and Automobiles (1987). There are more for sure. Here though, there is a beautiful assimilation between flat-out comedy and social commentary and they build upon each other nicely. I am usually not the biggest Jean Renoir fan, but this is one of my favorite films by him. 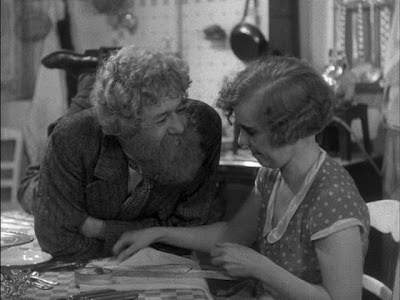 Boudu (Michel Simon) is a homeless man. We find him at the beginning of the film in a park with his dog, which he promptly loses. This dog was seemingly his only comfort in life. We also meet a married couple, Mr. and Mrs. Lestingois, and their maid Anne-Marie (also Mr. Lestingois’s mistress). One day, Mr. Lestingois spots a homeless man (Boudu) jumping into the to kill himself. Lestingois rushes from his home and saves him from the river, bringing him back to his house. He not only saves Boudu’s life, but invites him to stay with them. He gives him food, clothes and a couch to sleep on. Boudu is rather carefree about the whole deal…being clumsy and making messes, eating sloppily, flirting with the maid, having sex with the Mrs., and generally wreaking all kinds of havoc on the bourgeois household. It’s a riotous combination of slapstick and class commentary. 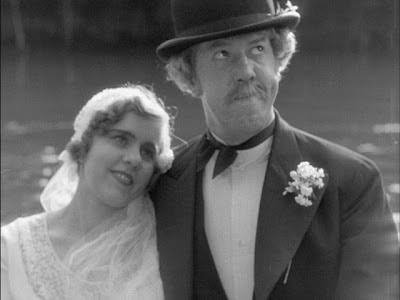 Michel Simon gives a towering performance as Boudu, one of the great cinematic characters of the 1930’s. His sloppy speech, mindless food chewing, and altogether uncouth qualities are quite a behold to watch. One of my favorite  sequences is when Mr. Lestingois tells him to go out to a barber to get his beard cut….but he must shine his shoes first. So Boudu begins to shine his shoes, and manages to flood the kitchen with water, leaving polish everywhere from the kitchen to the bedroom with not a care in the world (I include this clip below from YouTube). Boudu is a rather boorish character but is not really mean spirited. He's just completely unfiltered. Thus, he’s funny in a truly genuine, instinctive kind of way. He simply says what he thinks and does what he wants. Michel Simon also works from a cinematic language and framework that began with the silent clowns (Chaplin, Keaton), which gives his performance a wonderful visual flair, but he makes it his own, adding more raw body movements and expressions than we are used to seeing from this era, rather than the graceful balletic movements of Keaton and Chaplin.


Of course, the attack on the bourgeoisie is apparent here and Renoir does not shy away from the satirical angle. Boudu asks a cop for help in looking for his dog and isn’t given the time of day. When a beautiful (rich) woman approaches the cop for the same reason, he brings in several other cops for help. As Boudu opens a door for a man with a fancy car in the park hoping to get some change, the man has nothing in his pockets to give to Boudu, so Boudu hands him 5 Francs. Furthermore, all anyone can talk about when Boudu is saved from drowning is how Lestingois is going to get recognized for such a feat. Throughout the film, there is a subversion of the bourgeois life. Perhaps the greatest moment is at the end of the film when Boudu trades his new expensive clothing and changes clothes with a scarecrow at the edge of a field. He’s clearly fed up with his newfound life and would rather go back to being poor. Jean Renoir commands the whole film masterfully from start to finish and with Michel Simon’s towering performance, this is a must-see comedy…. with bite to it.
Posted by Jon at 6:00 PM

"If this isn’t one of the greatest comedies ever made I would be hardpressed to find a reason why it wouldn’t be considered as such."

Ah Jon, great opening, and one I can firmly endorce with comedic bravado. it's one of the greatest of comedies, a jewel in the crown of France's most celebrated film director, and a showcase for one of the most unforgettable performances in all of cinema by Michele Simon. It is absolutely as you say a "riotous combination of slapstick and class commentary" and it's a telling commentary on what happens when one is thrust into a situation they can never really appreciate or get used to. I am reminded here of Authur Yorinks and Richard Egielski's Caldecott Medal winning HEY AL:

Nice book reference! It does hold many things in common it appears, although I've never read that. Thanks for the support. I have recently seen this film and loved it even more than I had when I saw it about 10 years ago. I actually placed it in my own top 20 comedies for my ballot. It might be my favorite Renoir film actually.