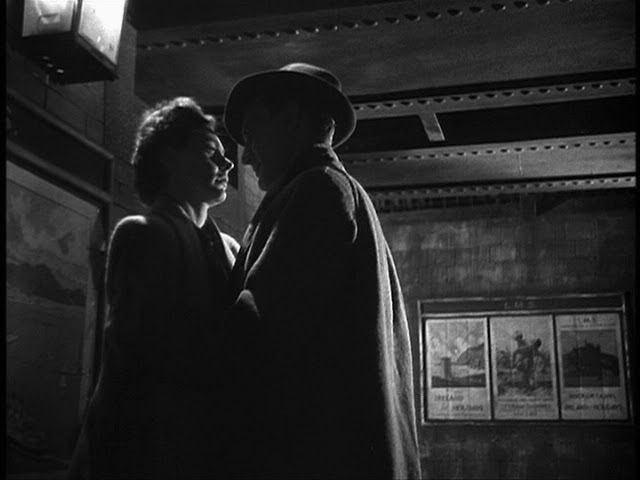 Brief Encounter is one of those films that is concurrently a romance film, but perhaps even more, a brooding psychological study of relational torment. Lean’s film is probably the granddaddy of all the tragically transient love stories ever filmed, along with Casablanca (1942). Lean’s film though, is perhaps more psychologically fraught than most, as the blossoming love between the man and woman is contrasted by their anguish stemming from both of them being married to others. This dichotomy between their love for each other and the anguish they feel because of it makes the film simultaneously romantic, distressing and deeply observant. It's one of Lean’s greatest films. 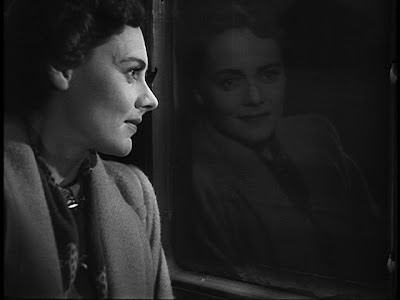 Celia Johnson stars as Laura, housewife and mother of 2 children. We meet her at the beginning of the film in a train station, sitting with Alec (Trevor Howard) when an acquaintance interrupts their meeting. Alec leaves the table, places a hand on Laura’s shoulder and leaves for a train. Little do we realize that they have been carrying on an affair, and THAT was their parting moment. Lean’s film then recounts, in a somewhat disjointed fashion, how they meet, how they begin to connect and fall in love, and then their inner turmoil that is played out in their struggle to carry on an impossible affair, one which it seems they both know will never be consummated. 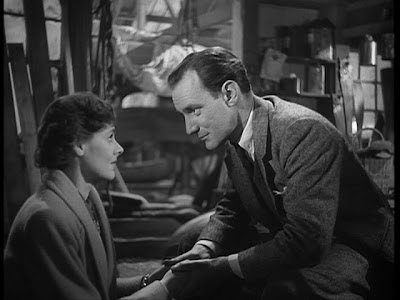 Lean’s film often plays more like a film noir of sorts than a traditional romance. Partly this stems from a certain aspect that incorporates narration on the part of Laura, inviting us into her inner thoughts and struggles. Furthermore, the flashback structure and to an even greater degree, the lighting and shadows often feel very much like film noir, especially in scenes at the train station. I think it’s this shadowy quality that gives the film an element of danger and suspense, keeping the film far from any soapy, melodramatic aspects and instead providing more of a darker impact to the doomed affair. Therefore, to call it a straight romance film is painting it into a corner. 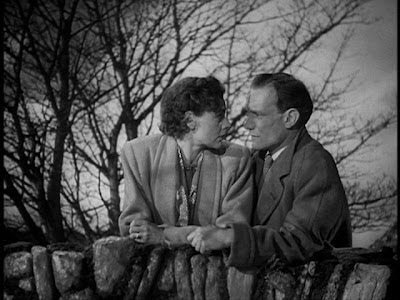 Brief Encounter is ultimately a very depressing and distressing film. There is a certain guilt and hopelessness explored, especially on the part of the Laura character, which remains unshakable and ultimately that which speaks the loudest. There’s a moment when she says, “I want to die. If only I could die.” There is no comfort for her. She cannot shake his passion and only death itself could relieve her. The fact that it appears that the affair remains unconsummated is due to Laura’s refusal to relent to her desires. Her moral compass remains directed toward her husband even though her physical and psychological desires remain fixated on Alec. One gets the sense that Laura is rather sorry that her relationship with Alec ever began in the first place. It would appear that it has done nothing but create and breed a dissatisfaction with the status quo, and will be a torment to her until her dying day- this fact that she cannot have this man that she so desperately wants. Celia Johnson is able to convey this turmoil throughout her remarkably reserved and composed performance and it remains a brilliant character study to this day. Helping the film along is also Rachmaninoff’s Piano Concerto No. 2 as it punctuates the proceedings in memorable fashion.
Posted by Jon at 6:00 PM

I love the assertion that this is one of the 'greatest transient love stories' along with CASABLANCA! Well I certainly won't doubt that, and for me it's probably in a dead heat with Ophuls' LETTER FROM AN UNKNOWN WOMAN as the greatest romantic film ever made. It may well be Lean's supreme masterpiece (I know GREAT EXPECTATIONS and LAWRENCE OF ARABIA are right there at the top too) and it's a film of great aching and yearning, and filled with unbearable heartbreak. But it's also as exquisite a film as has ever been made. The use of Rachmaninoff is ravishing and Robert Krasker's cinematography is a textbook lesson on how to maximize the atmospheric possibilities of black and white. Celia Johnson should have won the Oscar (she did win other awards that year however) and Trevor Howard is superlative as well. Yes there is depressing aspects but I get teh feeling in the end that Laura realizes that affairs like this must and do pass. There is no overriding depression, more of arealization that this is part of life. Great point about the moral compass and the torn feelings. You've penned a fabulous piece here Jon on one of British cinema's greatest works.

Speaking of CASABLANCA, I saw that TCM Anniversary presentation tonight at my local multiplex with Dennis and my son Sammy. I teared up for the umteenth time as this beautiful print and introduction unfolded for one of the greatest of all films.

"Brief Encounter is one of those films that is concurrently a romance film, but perhaps even more, a brooding psychological study of relational torment." What a terrific statement this is - perfectly elucidates what the movie was about. Interestingly, I too watched and reviewed the film quite recently. Though I'd still place Casablance about Brief Encounter in the pantheon of great Hollywood romantic classics, there's no denying the subtle, understated and affecting beauty of this Lean classic.

@ Sam- I recently watched Ophuls' film as well and don't dispute your feelings for that one. It's rather tremendous as well. I think what's interesting is that the Laura character's feelings can be interpreted differently I suppose on where things will go from here. I'm not sure I agree that she just feels that this sort of thing is part of life. It doesn't seem like she's the kind of woman who has ever had feelings like this. If it's her first "affair", she certainly doesn't seem like the kind of person who wants this to happen again. That's the sense I get. Wow glad you got to see Casablanca again. It just doesn't age does it? Always is fresh for me. Thanks Sam!!!

Glad you like this film too. I also agree that it's the subtle, understatement that works so well here, and probably contrasts a bit with what Hollywood typically does with things like this. Thanks friend!!